Fr. Joe along with Archbishop Dr Felix Machado Bishop of Vasai at the opening ceremony of the Programme in Vasai 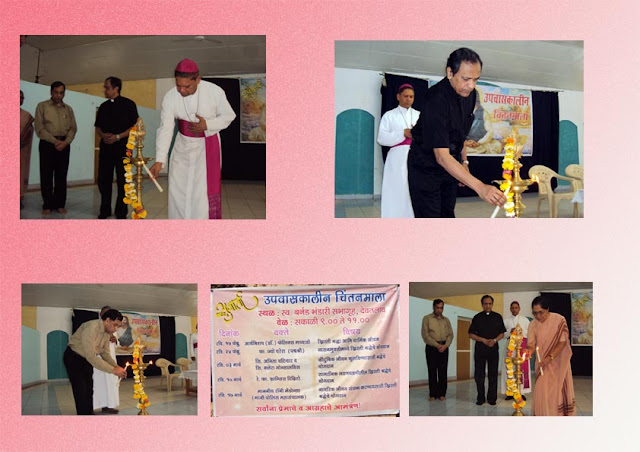 During this advent of lent a series of programmes  have been arranged by “Suvarta” themed “Upvas kalin Chintan Mala”  in the Diocese of Vasai being conducted  at the late Bernard Bhandari auditorium, Devtalao, Vasai.


The programme which is being held from February 17th 2013 to 10thMarch 2013, commenced today with the lighting of the lamp by Archbishop (Dr.) Felix Machado and prominent personalities from the Vasai Diocese including Fr. Joe Pereira, Founder Managing Trustee, KRIPA Foundation. The series will include talks by various speakers on respective dates as below. Fr. Joe will be speaking on the topic "Role of Christian Faith in Addiction Recovery" on  Feb'2013, at 9.30 a.m