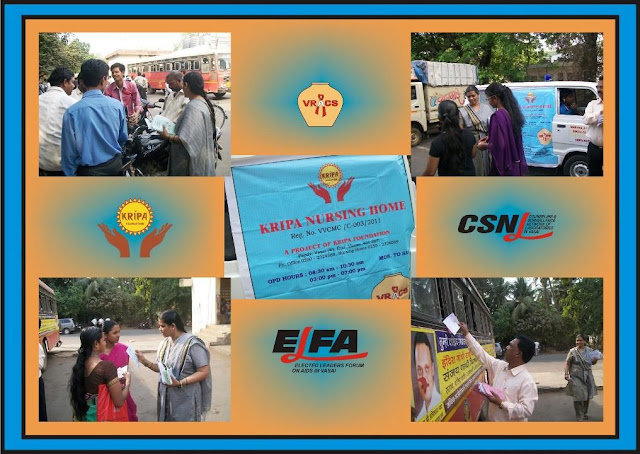 On 26th March 2013, Kripa Vasai conducted an Awareness Programme at Bus Depot, Parnaka, Vasai West. Banners and Posters were well displayed and the team went around distributing pamphlets and giving information to those who wished to avail of it.
The members of the general community had a positive interaction with the staff and also promised to refer their family members and friends for treatment to the centre.

Submitted & Collage by
Mozen H
Kripa Vasai
Posted by Kripa Foundation at 2:36 AM