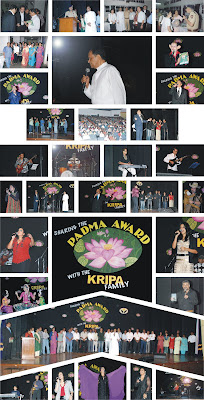 Kripa Foundation completed 28 years of service to the Nation and the world. Initiated by Rev. Fr. Joseph H. Pereira way back in 1981, the foundation now has 52 facilities throughout the country and 6 facilites in America and Europe. It was an occasion to celebrate for all 'Kripaites,' who have found a life beyond their addiction / alcoholism.
A cultural program was organized at St. Andrew's Auditorium in Bandra, and was attended by our wellwishers and staff. Once again the program was produced by Mr. Felix Flor, who with his team of professional musicans, which included staff members from Kripa, kept the audience entertained.
The Commissioner of Police of Mumbai, Mr. Sivanandan was the Chief Guest of the function. In his address to the audience he praised Fr. Joe, for the selfless service that he has rendered to chemical dependants as well as people suffering from HIV/AIDS, over the years. He assured Fr. Joe of his continued support and cooperation in reaching out to the afflicted in his labour of Love. Super cop, Mr. Julius Reberio, former Police Commissioner of Mumbai, Mr Ronnie Mendonca and a number of Industrialist graced the occasion with their presence.
The theme of the program was "Sharing the Padma Award with the Kripa Family."
Posted by Kripa Foundation at 9:36 PM 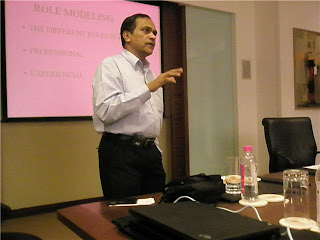 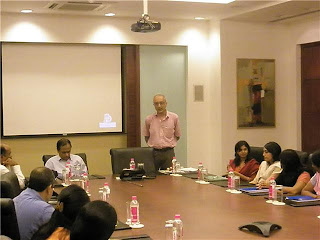 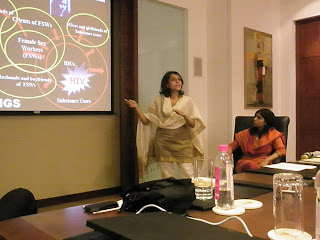 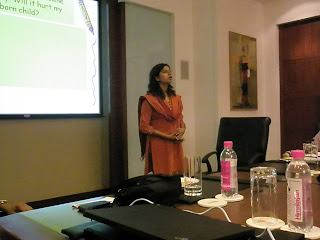 Date – 30th JULY ’09, Thursday
Kripa Foundation was invited by Vandrevala Foundation to train 18 counselors in the field of HIV/AIDS and Addiction on the 30th July ’09, Thursday.
The Vandrevala Foundation is a non-profit organization that supports entrepreneurial and social projects which have the ability to become successful with proper financing and support and are later able to secure additional funding from local governments as well as support for implementation on a national level.
The Foundation, under it’s ‘Mental Health-India Initiative’, have set up a ‘Mental health helpline’, a 24X7 operation dealing with the calls on a three-tier system. Fr. Joe, Dr. Mehta, Gauri Karkhanis, and Krishna Iyer from Kripa Foundation had conducted a training program with the telephone counselors, most of whom were trained and experienced in the field of psychology.
The training program covered HIV/AIDS and Addiction in a comprehensive yet informative manner. The sessions were split as follows:
Introduction and Foreword - Fr. Joe
Addiction Overview – Dr. Snehal Mehta
Addiction related FAQs – Gauri Karkhanis
HIV/AIDs overview and FAQs – Krishna Iyer
Response to the disease of Addiction and HIV/AIDS, covering the psychospiritual, psychosocial and psychological aspects, in the context of the individual and the society – was conducted by Fr. Joe.

Posted by Kripa Foundation at 7:16 PM