Fr. Joe with Our Australian Benefactor Pauline along with Karen and George 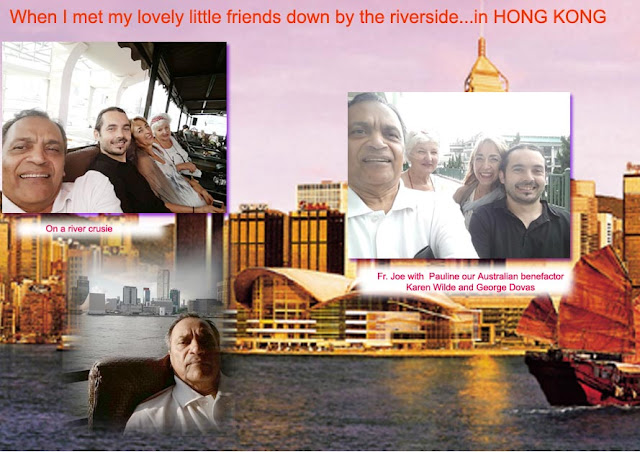 Submitted and Collage
Newsdesk
Posted by Kripa Foundation at 8:35 AM

Words of appreciation to Fr. Joe from Hong Kong. 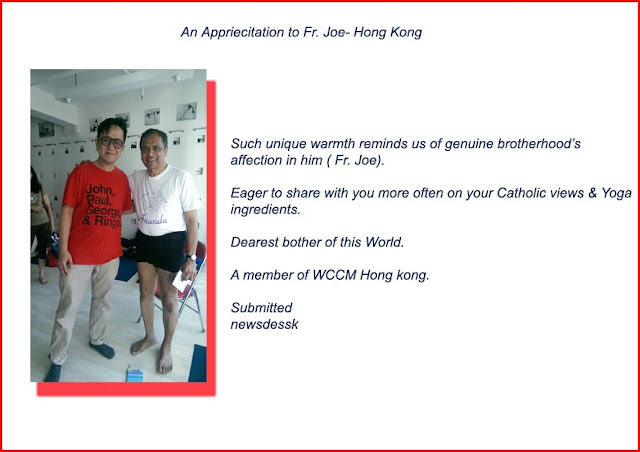 Posted by Kripa Foundation at 9:20 AM 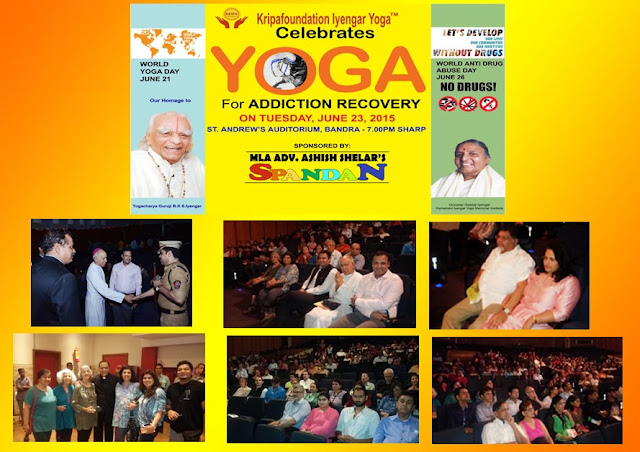 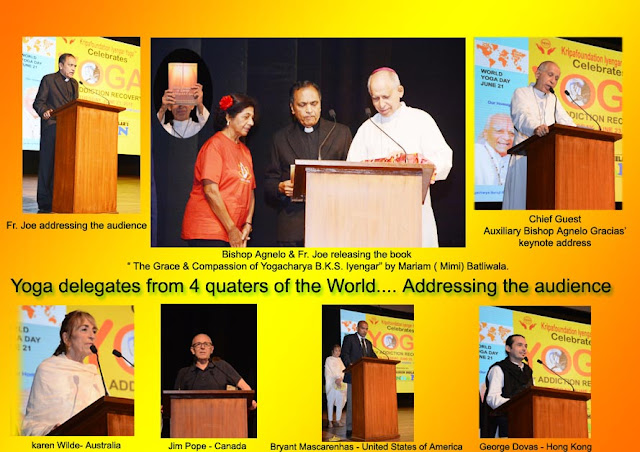 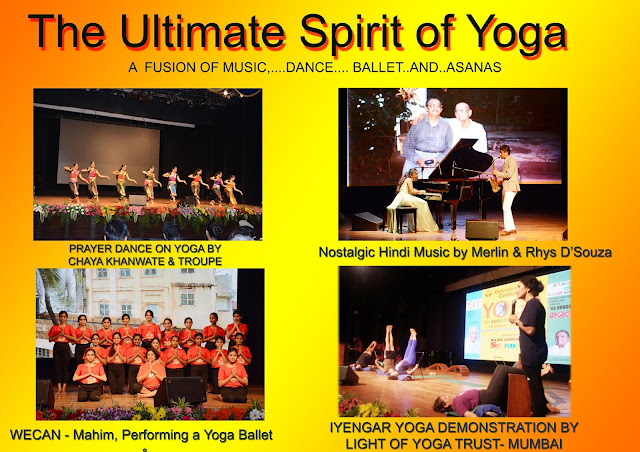 The Ulimate Spirit of Yoga- An article in Mi Marathi Newspaper on International Yoga Day Celebration by Fr. Joe and Kripa Foundation. 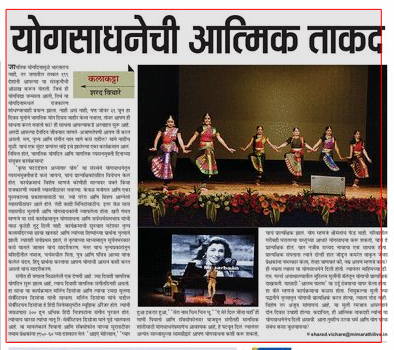 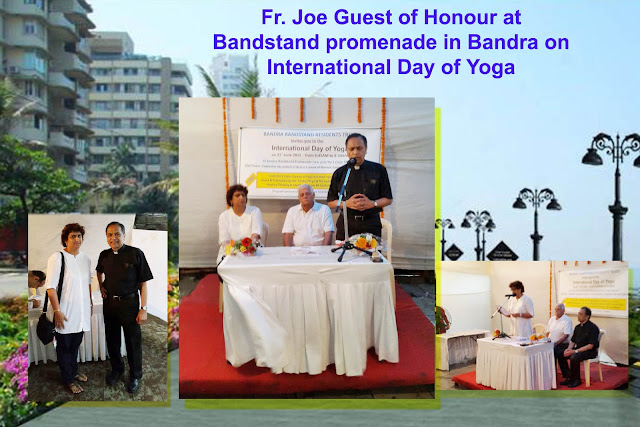 Newsdesk
Posted by Kripa Foundation at 7:15 AM 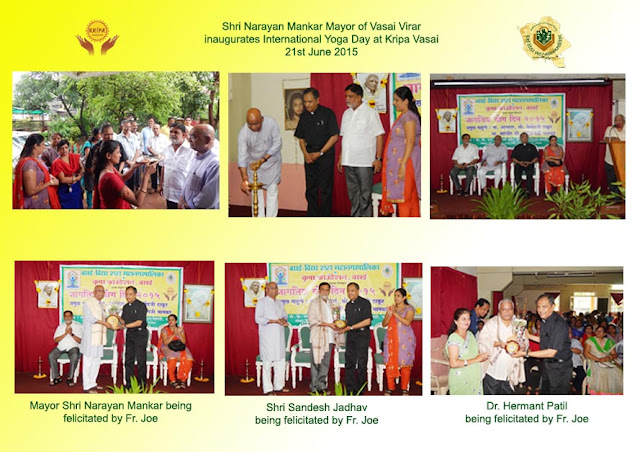 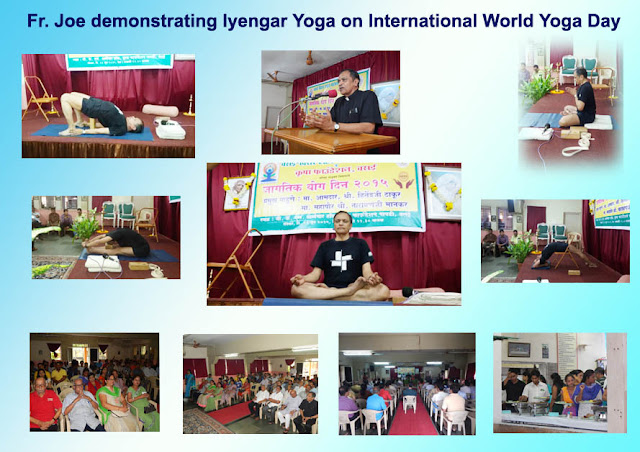 Immediately after the early morning function on International Yoga Day held at Bandra Bandstand promenade, Fr. Joe, rushed to Kripa Foundation Vasai attended the Vasai Region AIDS Control Society Advisory Board meeting after which he dovetailed into a special program organised to commemorate International Yoga Day
At a house full B.K.S. Iyengar Auditorium, Fr, Joe along with the Mayor of Vasai Virar Shri Narayan Mankar and Mr. Sandesh Jadhav inaugurated the  function by lighting the traditional lamp. In his brief speech the Mayor acknowledge the yoga practice that is carried out by Fr. Joe all over the world and was proud to be associated with the work of Kripa,  he further added that the Vasai Virar Municipal Corporation will always be there to support the good cause of Kripa Foundation. Later Shri Narayan Mankar, Shri Sandesh Jadhav and Dr. Patil were felicitated by Kripa for their outstanding contribution to Kripa  and VRACS.
After a short clip of Guruji and Fr Joe,on Yoga, the crowd was spell bound to see and listen to the live demonstration of Iyengar Yoga by Fr. Joe, many a times paused by applauds from the crowd.
Fr, Joe received a standing ovation from one and all. The vote of thanks was done by Amit Patel and the anchor by Dr. Hemant D. Patil, after which they were served a sumptuous lunch catered by the in-house Chefs.
The program was also attended by many newly elected corporators  to the Municipal Corporation, medical practitioners and press reporters and Fr. Joe's yoga practitioners from Australia.
A salute to the kripa Family of Vasai led by Mrs.Jean Pereira and Fr. Seraphinus.

Submitted and Collage
Newsdesk
Posted by Kripa Foundation at 7:04 AM

Our work in the field of Addiction says it all. Fr joe clears misconceptions about Yoga .In The Examiner & Mi Marathi Newspaper 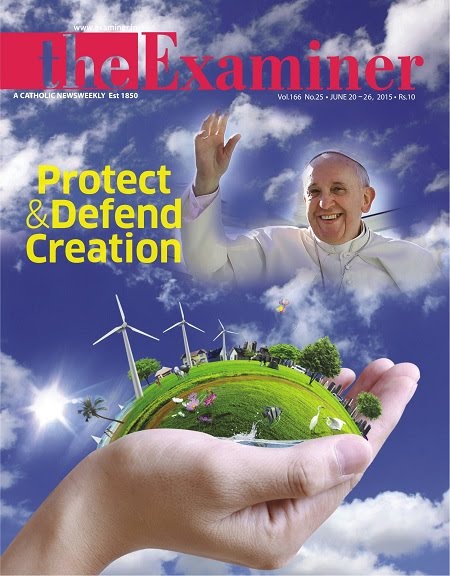 Kripafoundation Iyengar Yoga™- A GIFT TO ADDICTION RECOVERY
The 21st of June has been declared the World Day of Yoga while the 26th June is also World Anti Drug Abuse Day declared by the United Nations Office of Drug and Crime. Since Kripa Foundation has been using Iyengar yoga as an essential component for recovery from Addiction, the 23rd June will be celebrated as “Iyengar Yoga - a Gift to Addiction Recovery”.
The Kripa Model of Recovery is based on the self-help programme of the AA. This programme has two dimensions of healing the addict. The first is psycho-spiritual and the second psycho-social. These dimensions make the person find the common golden thread  of faith and love in all the twelve steps. However as St. Paul Said, “I know what is good and know what is bad; yet I end up by doing the bad that I hate”. Merely the study or understanding of recovery makes many get into a relapse-syndrome. This is mostly because the  the body often does not respond to the sublime teachings of the Programme. As Jesus said. “ the Spirit is willing but the flesh is weak”. Hence in Kripa we introduced this element  called the “Wisdom of the Body” as acknowledged by the Physician Dr. Walter Canon. This latent wisdom in the body can be explored in a manner that gives the person in recovery an experience of what in Yoga is called “cellular consciousness”. We all know that the body never tells lies. So often we claim to have faith and profess our faith with our lips and voice however our bodies are expressing fear, anxiety depression and lack of Trust in God. For an addict this path to recovery through the Body becomes an experience of authentic sense of well-being. While it is well known that a runner gets what is called a “runner’s high”, in Yoga the creation of Nitric Oxide in the brain helps activate positive neurotransmitters such as endorphins, dopamine and seretonin.  The Harvard Medical School along with Dr. Herbert Benson has said in the Medical jounal Lancet, “Yoga and Meditation can change a type A personality into a type B personality.” This is the goal of recovery from Addiction; not just staying away from the chemical of one’s choice but to have a change of life-style. The Eleventh step of the AA states, “ sought through prayer and meditation to improve my conscious contact with God, praying only for the knowledge of His will and the power to carry that out.” This method of mediation is the very contemplative prayer that WCCM (world community for Christian meditation) practices as per the teaching of Dom John  Main. All the centres of Kripa have this method of prayer along with the practice of Iyengar Yoga which helps to prepare the body for an authentic experience of healing.  Addiction is a frustrated thirst for God. Satan tricks the addict by a false sense of Love and Joy. Hence Dr. Jung said that addiction can only be healed by the formula, “Spiritus contra spiritum”.
In Iyengar Yoga we reverse the urge of self-gratification with the practice of self-denial.  In and through the body the addict is made to live the teaching of Jesus that true discipleship is a matter of “denying one’s self”, taking up the cross of Reality and being faithful in following the programme one day at a time.
However the reactions of many fundamentalist Christians call for a clarification.They speak only of the unorthodox types of Yoga that have used this ancient science to promote Hinduism. There are various kinds of Yoga that do dabble with the occult and hence the caution to use this method is necessary.
However in the field of health and especially in the context of Healing Addiction the specific kind of scientific study and research on Iyengar Yoga has brought the Kripa Model of Recovery to be the most effective in the world. This method is being practiced in over 40 countries and through the practice of Christian Meditation, the special book and DVD of Yoga for the practice of Christian Meditation is now in over 120 countries. The Catholic Church in India has always used this ancient science for prayer and Meditation. Just as while adopting the Pentecostal renewal the Catholic Church maintains certain cautions, in a similar way we must use our discretion in not identifying the therapeutic use of yoga with a whole lot of misguided use of this ancient practice. 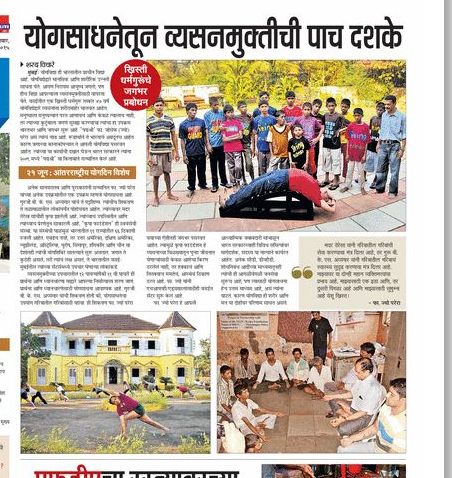 Fr. Joe speaking about Yoga - A Flim by Joe Cordo

Fr. Joe Practicing Yoga and Meditation with His Family of Kripa Bandra on International Yoga Day 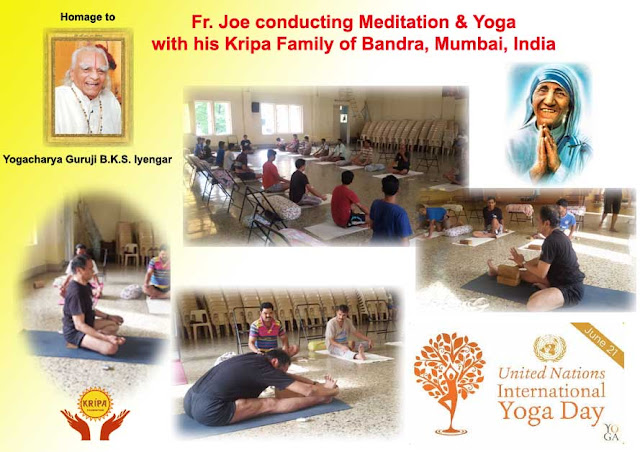 Fr. Joe practicing Yoga and Meditation with his Kripa Family of Bandra.

Collage
Newsdesk
Posted by Kripa Foundation at 11:42 AM 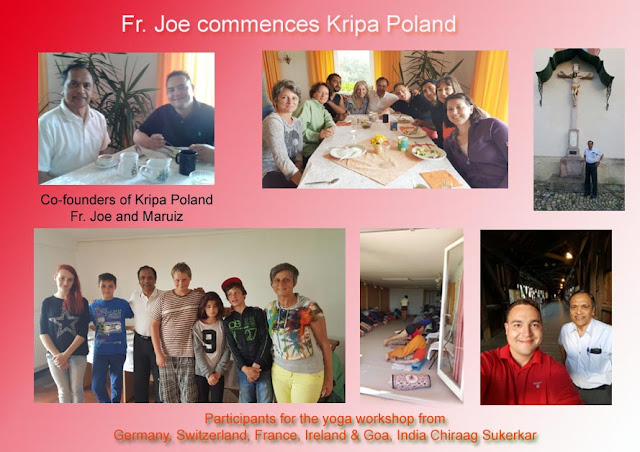 Collage and submitted by
Newsdesk
Posted by Kripa Foundation at 11:42 PM 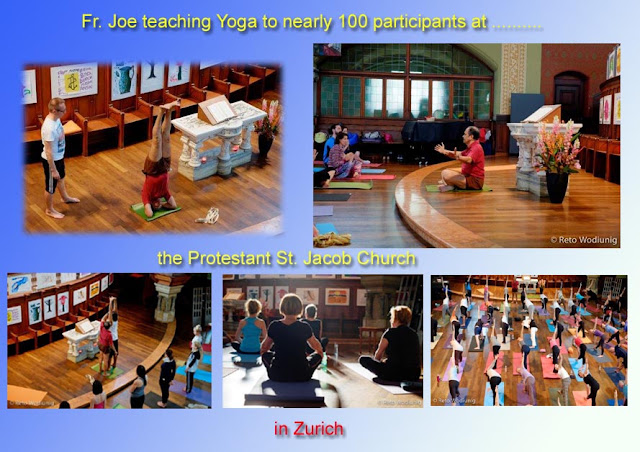 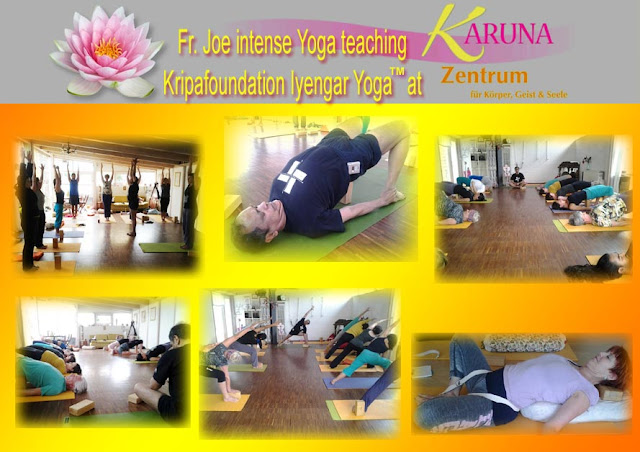