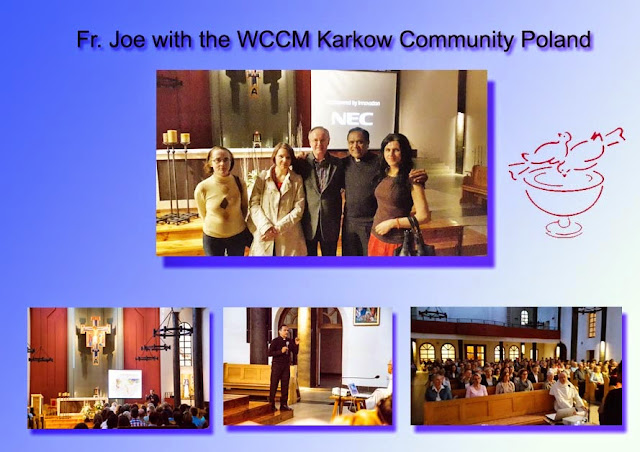 At the recently concluded conference, the community was filled and soaked with the teaching of John Main OSB  and Fr, Laurence Freeman OSB.

" I feel that we were guided yesterday by the  Holy Spirit.

How is it, that an ordinary person like me, had the opportunity to listen and talk to someone close to  Blessed Mother Teresa of Kolkata?
This was a unique experience. Thank you very, very much Fr Joe!
May God be praised!

Submitted and Photographs by
Staszek
Poland
Posted by Kripa Foundation at 10:59 AM

Thank You Fr. Joe - A unique Experience.....A letter of Gratitude from Wroclaw, Poland 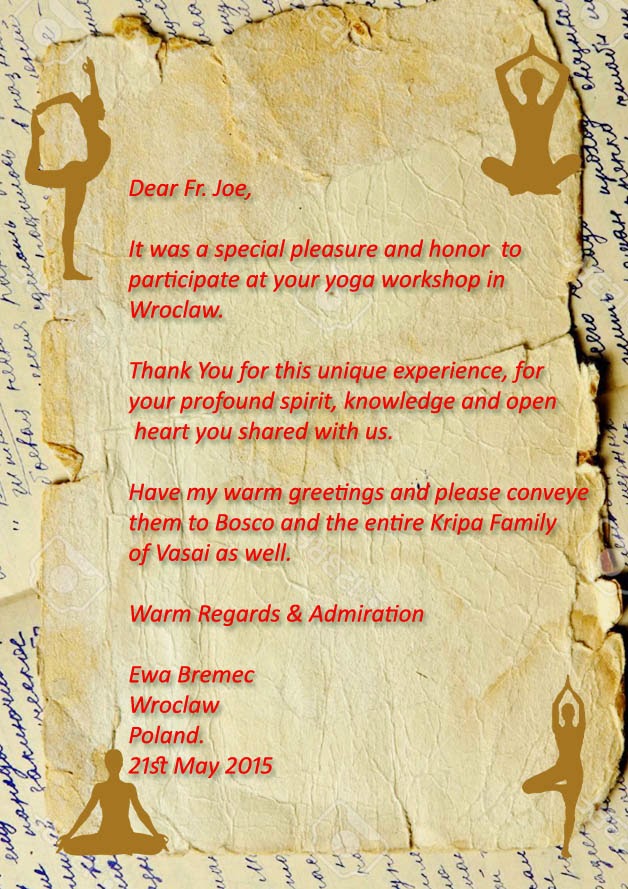 Collage
Newsdesk
Posted by Kripa Foundation at 10:17 AM 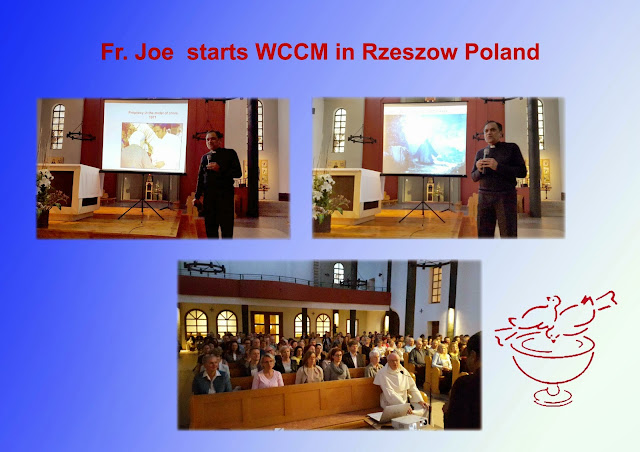 Duirng his visit in Poland. Fr. Joe started WCCM in Rzeszow, Poland. The demand to be at a WCCM was so high that there we people who came from  far as Krakow and Wroclaw to attend and learn John Main teachings.

Posted by Kripa Foundation at 7:22 PM 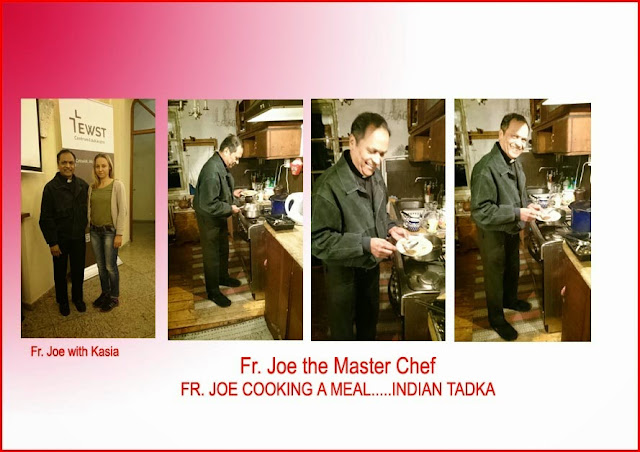 Submitted by
Paul
Poland
Posted by Kripa Foundation at 9:29 AM 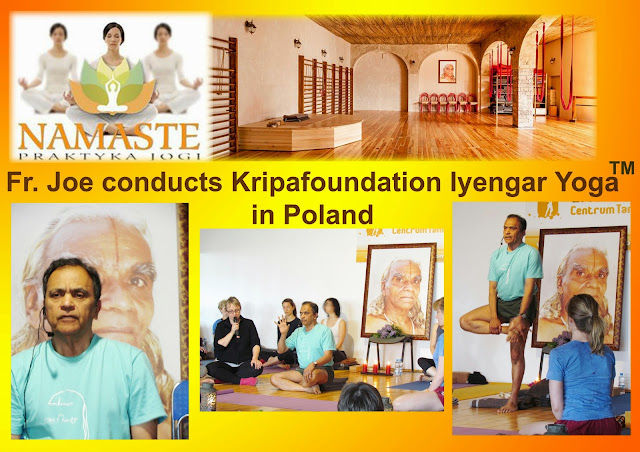 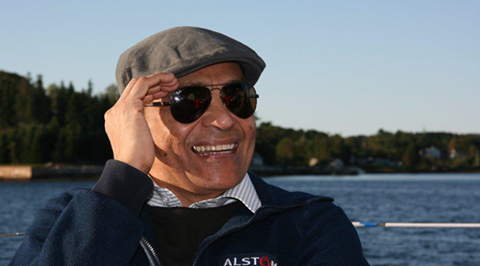 .Today Namaste yoga centre finished a four-day workshop with his father Pereirą. It can be summed up in brief as it would be on a  practice of  Iyengar path-"Not intention, but attention," or "not the intent, but with attention'
This was well conducted to house full seminar by Fr. Joe.
Submitted by
Paul
Posted by Kripa Foundation at 9:16 AM 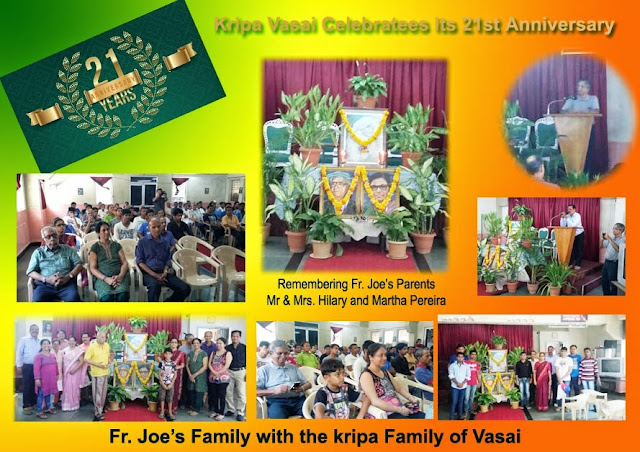 It was 21 years ago that Blessed Mother Teresa accompanied by Fr. Joe and friends of Kripa inaugurated Kripa Vasai. Today 21 years later Kripa Vasai remembers that day daily by the staff, saying the prayer that Fr. Joe thought them, the prayer of Blessed Mother Teresa."Make us humble and worthy Lord, to serve our fellow human beings, who live and die in poverty and hunger, in addiction and addiction related ailments such as HIV. Give them through our hands their daily bread , the daily care they need and by your mercy grant us peace."

Today on this great day with Mother Teresa's blessing Fr. Joe received a cheque of Rupees 7 lacs from the Mayor Shri Narayan Mankar of the Vasai Virar Municipal Corporation for all the work he is doing for addicts and people living with HIV.

The Kripa family of Vasai under the guidance of Fr Seraphinus and Ms. Jean Pereira organised a day long program. The function started with a prayer and Bhaajan after which beautiful memories shared by Mr Wilfred Pereira bro in law of Fr. Joe and Mr. Tony Pereira brother of Fr. Joe. Mrs. Evette Coutinho shared her association with kripa and Bosco D'Souza , the National Program Director who has been there since the concept of kripa Vasai  shared his memories and praised the entire Pereira family right from Fr. Joe's parents to his nephew and nieces for the philanthropic services to mankind. He mentioned how he missed Fr. Joe for the occasion as he was aboard teaching Kripafoundation Yoga in Poland , Switzerland, Germany  but was confident that he would be present for its silver jubilee. It was heartening to see Mr. Ossie Pereira participate in the program.

The day long program also included game competitions amongst the in house family and ended with the sumptuous lunch cooked by the staff of Kripa Vasai kitchen. A special thanks of gratitude to each and every staff and patient of Kripa Vasai for hosting a memorial program.

Submitted and collage by
Mozen H
Kripa Vasai
Posted by Kripa Foundation at 8:59 AM 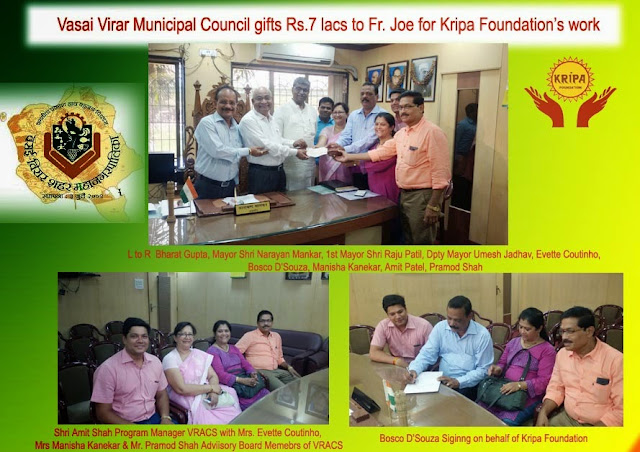 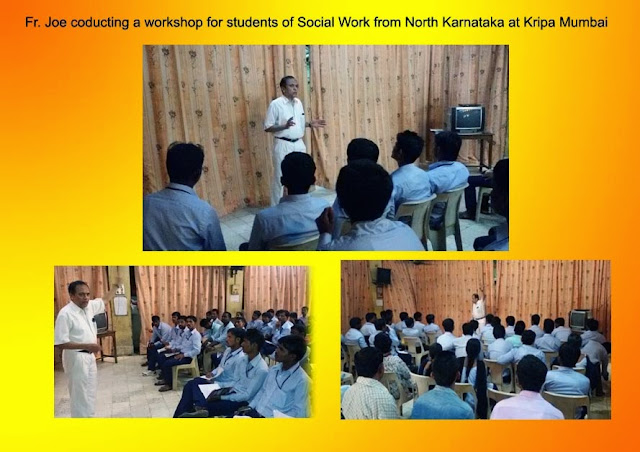 A day before Fr. Joe could leave for his trip to Poland, Germany and Switzerland. Fr. Joe comducted an awareness program for students of social work who had come all the way from karnataka in Bandra.

The 40 students accompanied by 2 professors were shown the Kripa model model by Bosco and Ms. laxmi.

Fr. Joe spoke to them about the Holistic approach to treatment and how Yoga could also beifit them in their day to day lives.

Fr. Joe conducted a short guided meditation with them to which the students were very pleased and very to meet Fr. Joe.

Submitted and collage
by
Newsdesk
Posted by Kripa Foundation at 2:33 AM 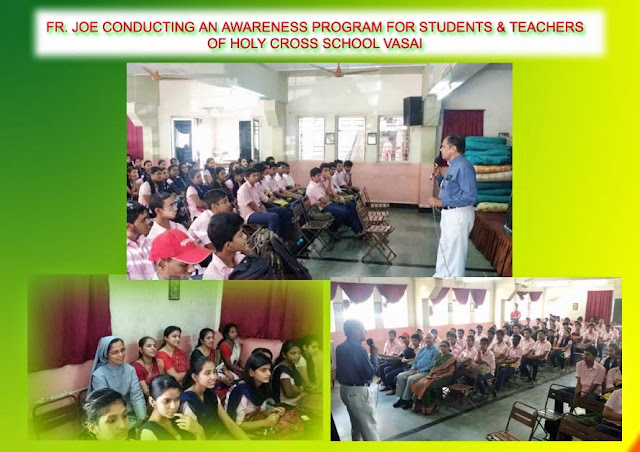 Submitted by
Kripa Vasai
Posted by Kripa Foundation at 2:26 AM 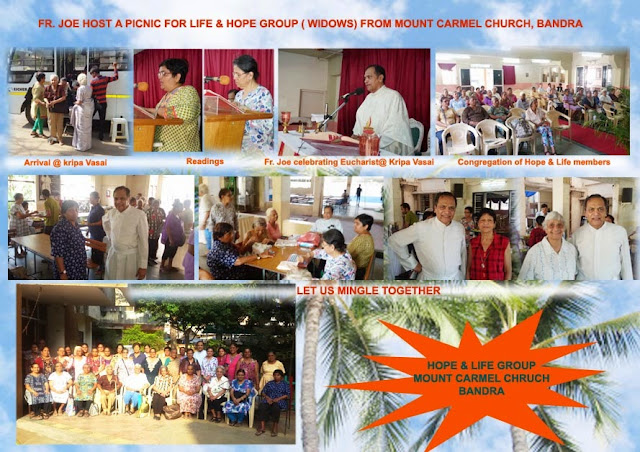 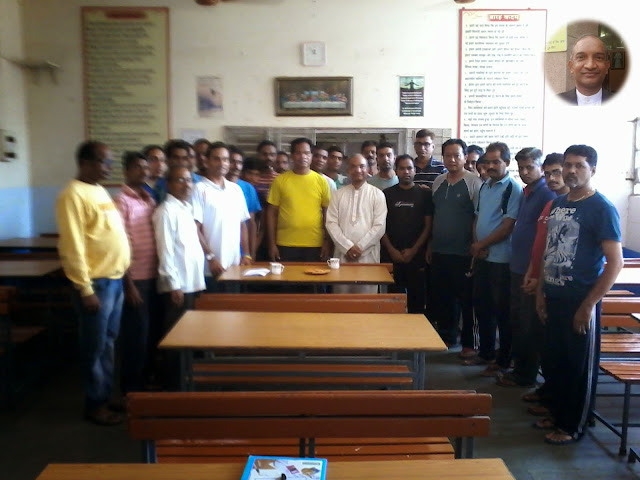 Yesterday Rt. Rev. Bishop Ivan Pereira, The 3rd Bishop of Jammu- Srinagar visited Kripa Vasai to share quality time with the patients of Kripa and VRACS.
Bishop Ivan was greeted by Fr. Seraphinus and Mrs. Jean on behalf of Fr. Joe who is visiting Poland, Switzerland and Germany.

Bishop Ivan spoke to the residents and shared how it was a big problem out there and was looking forward to a tie up with Kripa and Fr. Joe.
The Family at Kripa were very happy to meet the Bishop and shred thier life stories and stay their stay in Kripa.