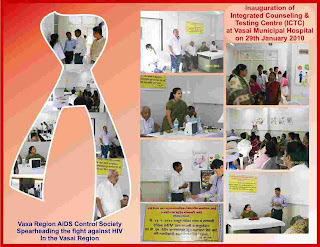 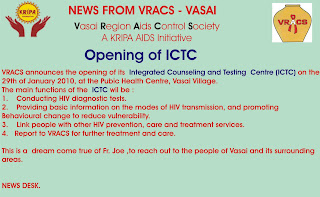 Posted by Kripa Foundation at 3:08 AM 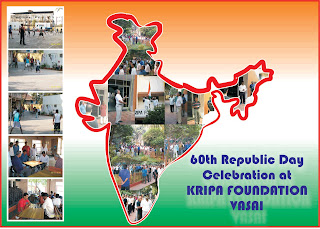 Posted by Kripa Foundation at 8:03 AM

FROM THE NEWS DESK 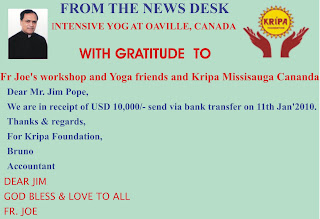 Posted by Kripa Foundation at 3:10 AM 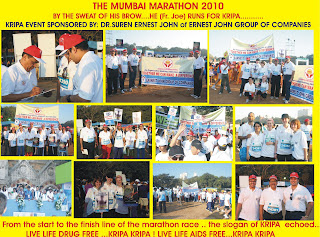 Posted by Kripa Foundation at 8:18 PM 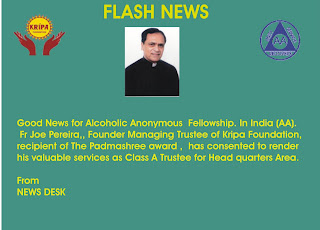 Double click image for larger view
Posted by Kripa Foundation at 3:34 AM

Peace within leads to Peace without- Fr Joe 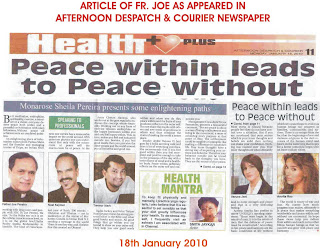 Double click image for larger view
Posted by Kripa Foundation at 2:10 AM

Bosco our All India Programme Director recovering from a a major road accident-Fr. Joe 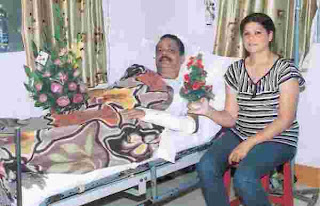 On the 1st November, in the early morning as he was rushing to be at the Family visiting Sunday at Vasai. Bosco was knocked down by a speeding vehecle . He escaped miraculously but has had multiple fractures on his leg and hand. He is recoveiing well and we appeal for your prayers for his quick recovery. He takes over the new post of An All India Programme Director of Kripa .He will be initiating and setting up new Kripa Centres in parts of India that are longing for the Kripa presence.
Jimmy Amore replaces Bosco as the Vasai Centre Head.----Fr.Joe
Posted by Kripa Foundation at 8:49 PM 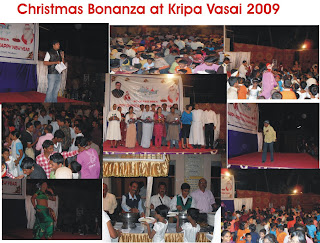 Posted by Kripa Foundation at 2:37 AM 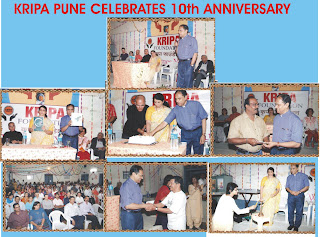 Click image for larger view
Kripa Foundation, Pune celebrated completion of 10 years of operations this year. On 15th December 2009, a function was arranged to commemorate this milestone with Assistant Commissioner of Police (Narcotics Branch), Pune, Mrs. Pushpalata Deshmukh as the chief guest. Fr. Joe Pereira Founder Managing Trustee graced the event with his presence. Many prominent personalities including Fr.Theo D’Sales, Fr Misquitta, Mr. Paul and Mrs. Sangeeta D’Souza, Mr. Joseph, Ms. Minu Batliwala, Mrs. Shobha Chelaram as well as many old timers of AA witnessed the celebration. The function was inaugurated by lighting of a lamp at the hands of Fr. Joe, ACP Deshmukh and Mrs. Anuradha Karkare, and a welcome address by Mr. Shrirang Umrani. More than 50 recovering addicts were given a token symbolizing sobriety on completion of the sobriety period ranging from 1 year to 19+ years.
In her speech, ACP Deshmukh said that till today she had never witnessed this brighter side of addicts. As policemen, they are only involved breaking the supply chains and policing the unruly behaviour of people under the influence of alcohol and other substances. At Kripa she could see first hand examples as to how a better personality can be carved out of an addict through the rehabilitation process. She also promised to extend the best possible cooperation in her capacity from the police department to Kripa Foundation in this noble work.
Fr. Joe, while admiring the efforts and achievements of Kripa Pune, blessed the staff for an even better contribution to society through its services. While acknowledging the cooperation offered by ACP Deshmukh, he emphasized the need to work together as the Police Department works on Supply reduction and Kripa Foundation on Demand reduction. The house magazine “Abhivyakti”, a collection of creative inputs from patients was released at the hands of Fr. Joe and ACP Deshmukh.
Mr. Manish R, a recovering addict, along with his musical troupe performed popular film songs to entertain the guests. Mrs. Sangeeta Joshi compeered the function.
Mrs. Anuradha Karkare delivered the vote of thanks while concluding the ceremony.
Posted by Kripa Foundation at 12:33 AM