Fr. Joe Wishes You A Happy Easter ... in the latest Kripa Newsletter. 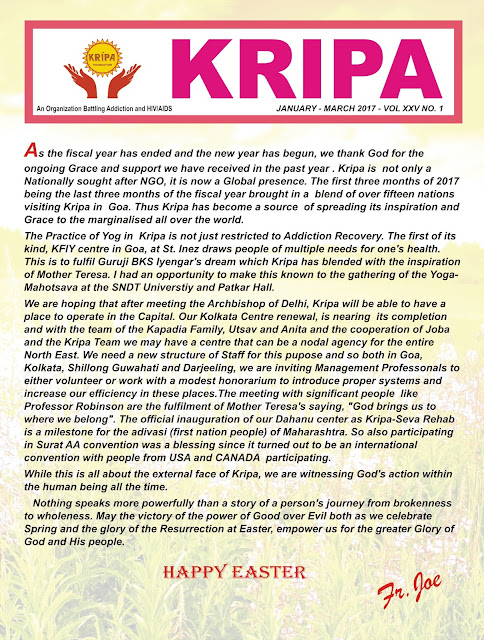 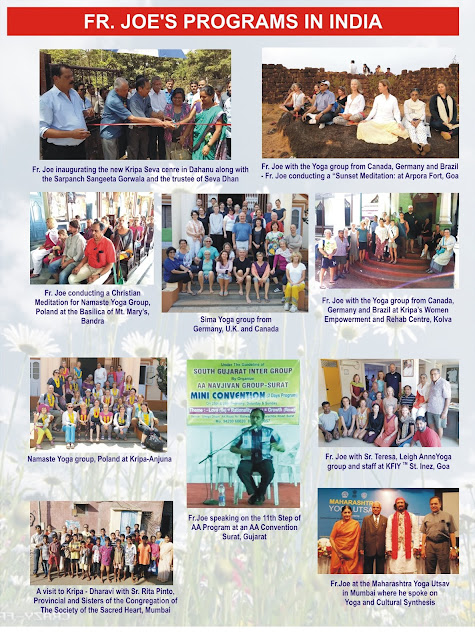 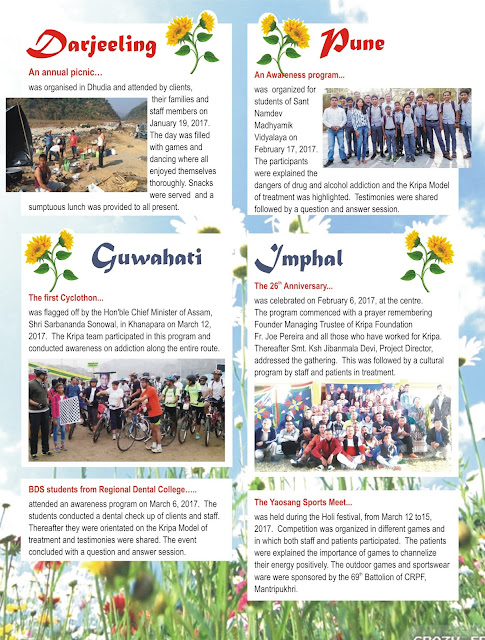 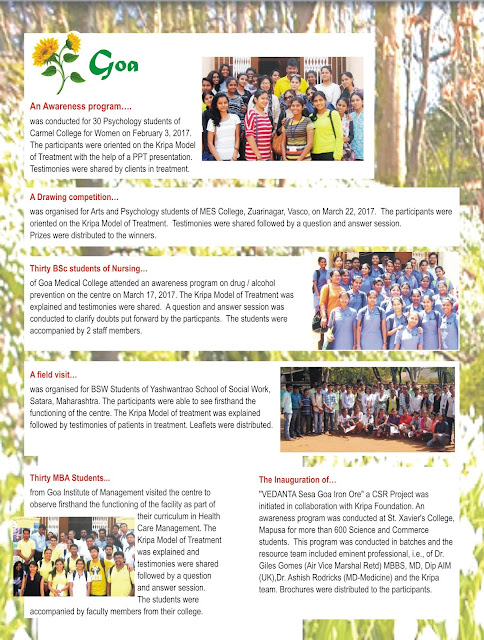 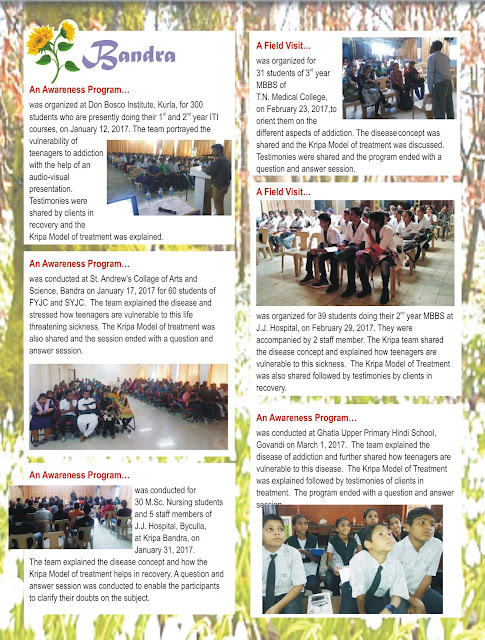 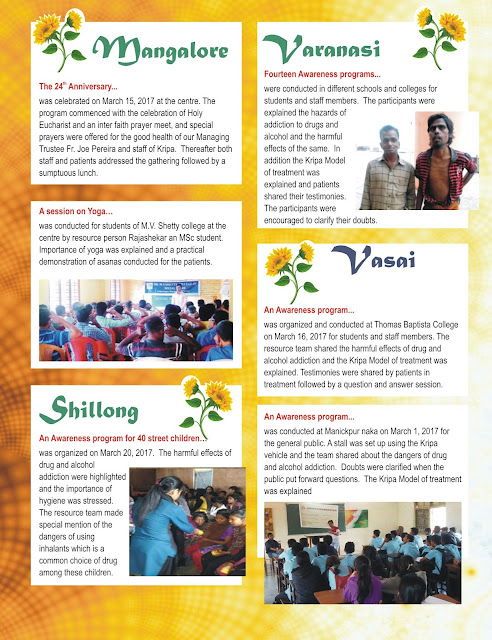 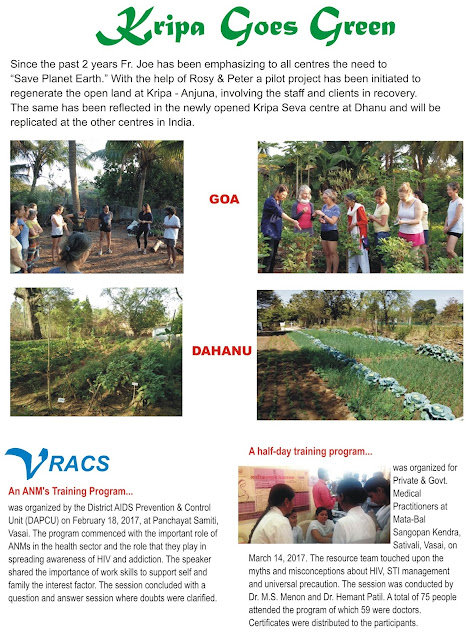 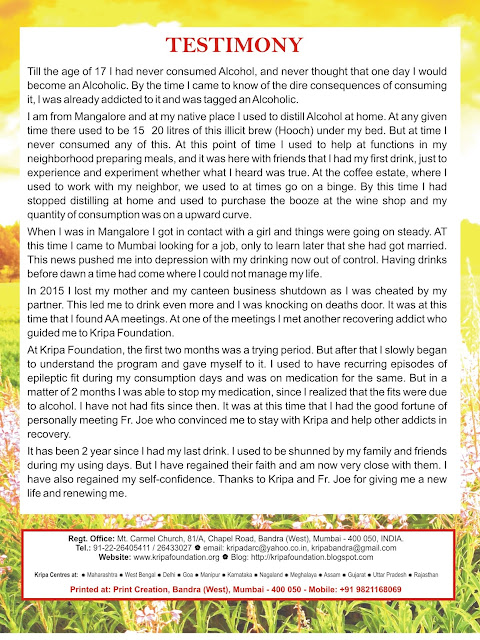 Newsdesk
Posted by Kripa Foundation at 1:49 AM

Fr. Joe Visits the Street children at Kripa Dharavi with Sisters from the Society of the Sacred Heart. 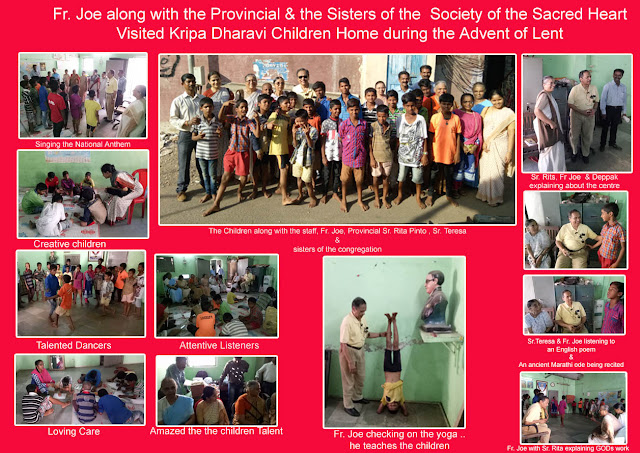 On a hot  Tuesday morning, Fr. Joe along with the Provincial Sr. Rita Pinto and Religious Sisters from the Society of Sacred Heart, took some time off to spend quality time with the children at Kripa Dharavi.

The children were so happy to see Fr. Joe and congregation of sisters  that they took time off from their activity of drawing, add joined to embrace and talk with them.

A joy to see them dance sing, and even show their daily practice of Yoga that most of them do.The highlight was ,where two of the children, one recited an English poem and another  sang an ancient Marathi  ode ,which was moved many  and could see tears roll down their eyes. Later the children were served snacks and soft drinks, brought loving by Sister Rita Pinto the Provincial, Sister Teresa ( Fr. Joe's Sister) and the other Sisters.
As they left after enjoying the evening some of the quotes one could hear spoken by the sisters were " Although coming from deprived backgrounds, yet they looked content and very happy here in Kripa.", Said Sister Rita- Provincial of the congregation " Taken aback by their presence, very welcoming, excited, very focused and had the Fresh of God the Child."." How talented  and free they were, very happy and full in the reality- said another. "Free to express themselves, looked very relaxed although there was so much noise around, very intelligent," " Although children from deprived backgrounds yet simple, pure , committed and caring to each other." The best being  by Sr. Theresa Pereira " I saw the CHILD."
Indeed very moving quotes which showed the  trip to see the children at Kripa Dharavi in the Advent of Lent was indeed a Blessing to see Gods work uder the care of Fr. Joe and his team.

Posted by Kripa Foundation at 9:56 AM

Fr. Joe - Congratulates the Kripa Research Team on the recognition of Kripa as a "Scientific and Industrial Research Organisation" (SIRO), by the Government of India, Ministry of Science & Technology till 2020.- An article by Dr. S.M. Menon

A focus on the development of the self and self regulation along with values clarification, communication and interpersonal skills, decision making and critical thinking would go a long way in facilitating positive choices among the youth.
In conclusion, it has been observed that there exists a rapidly growing need for educative sessions focusing on prevention of drug use and high risk behavior owing to the highly dynamic lifestyles youth nowadays is exposed to. This approach although limited in its capacity, gives a good insight on the potential areas of primary intervention.
Acknowledgements on original research work:
To Fr. Joseph H Pereira - Managing Trustee Kripa Foundation
In Shillong: Z. Tsenthunglo Ezung (Master of Science Candidate); Kripa Shillong Team.
In Mumbai: Krishna Iyer- Development Manager, Kripa Foundation; Aninha Lobo - Associate Professor and Head, Department of Psychology, Sophia College for Women
Gratitude to:
Mr. Linus Pinto ,Mr. Mozen Heredia and Team.
Comments and correspondence may be addressed to Dr M. S. Menon at kripadar@yahoo.co.in
Newsdesk

Posted by Kripa Foundation at 1:06 AM