Feb 26 2015 : The Times of India (Mumbai)
Saamna backs RSS chief, activists upset
﻿
﻿
Social Workers Rubbish Right-Wing Criticism
On Wednesday, Shiv Sena supported RSS chief Mohan Bhagwat's allegation that religious conversion lay at the heart of Mother Teresa's welfare work.An editorial in its publication `Saamna' stated that Christian missionaries have used “enticement and service“ to convert Indians, mainly in Jharkhand and Chhattisgarh, and indeed worldwide. In the Marathi heartland of Vile Parle, nuns who run the Missionaries of Charity orphanage were not perturbed. “We are not discussing the matter even among ourselves. We do God’s work and have nothing to fear.
When Mother was faced with such allegations she would say I urge Hindus to be better Hindus, Muslims to be better Muslims and Christians to be better Christians,” said a spokesperson. Abraham Mathai, who organizes awards in Mother Teresa’s name, quotes from the Constitution of the Missionaries, “We shall not impose our Catholic faith on anyone but have profound respect for all religions. Can the RSS, which wants a Hindu Rashtra, say the same?“ Mumbaikars who have seen the volunteerism of the Missionaries in Kolkata express praise. The head priest of the Ramakrishna Mission in Mumbai, Swami Sarvalokananda, said, “I am not aware whether Mother Teresa carried out conversions but her track record of social service is impressive. Her volunteers pick up leprosy patients from the streets and heal them. Yes, the general impression is that everything Christian missionaries do is intended for conversion, and this belief pervades even in Kolkata.” Over in Navi Mumbai, Subroto Nayak who is deputy director of the Human Rights Organisation in Vashi, said the saffron brigade’s comments were “totally wrong”. “We do a lot of social work ourselves so Bengalis like me salute Mother Teresa. I have seen missionaries in Kolkata offer help whenever required. Sadly, people in government, including MPs, are making hurtful statements at will,” said Nayak. One of the largest de-addiction centres in the city, Kripa Foundation in Bandra, is run by Fr Joe Pereira. Perhaps the only priest to be awarded a Padma Shri for his work in this field, Fr Joe owes his 30-year career to Mother Teresa’s inspiration.
Psychiatrist Rajiv Jerajani, founder member of Kripa, met Mother Teresa when she arrived to inaugurate their clinic in Kolkata. He said, “She has helped people irrespective of caste or socio-economic status.”

Submitted by
Newsdesk
Posted by Kripa Foundation at 11:35 PM 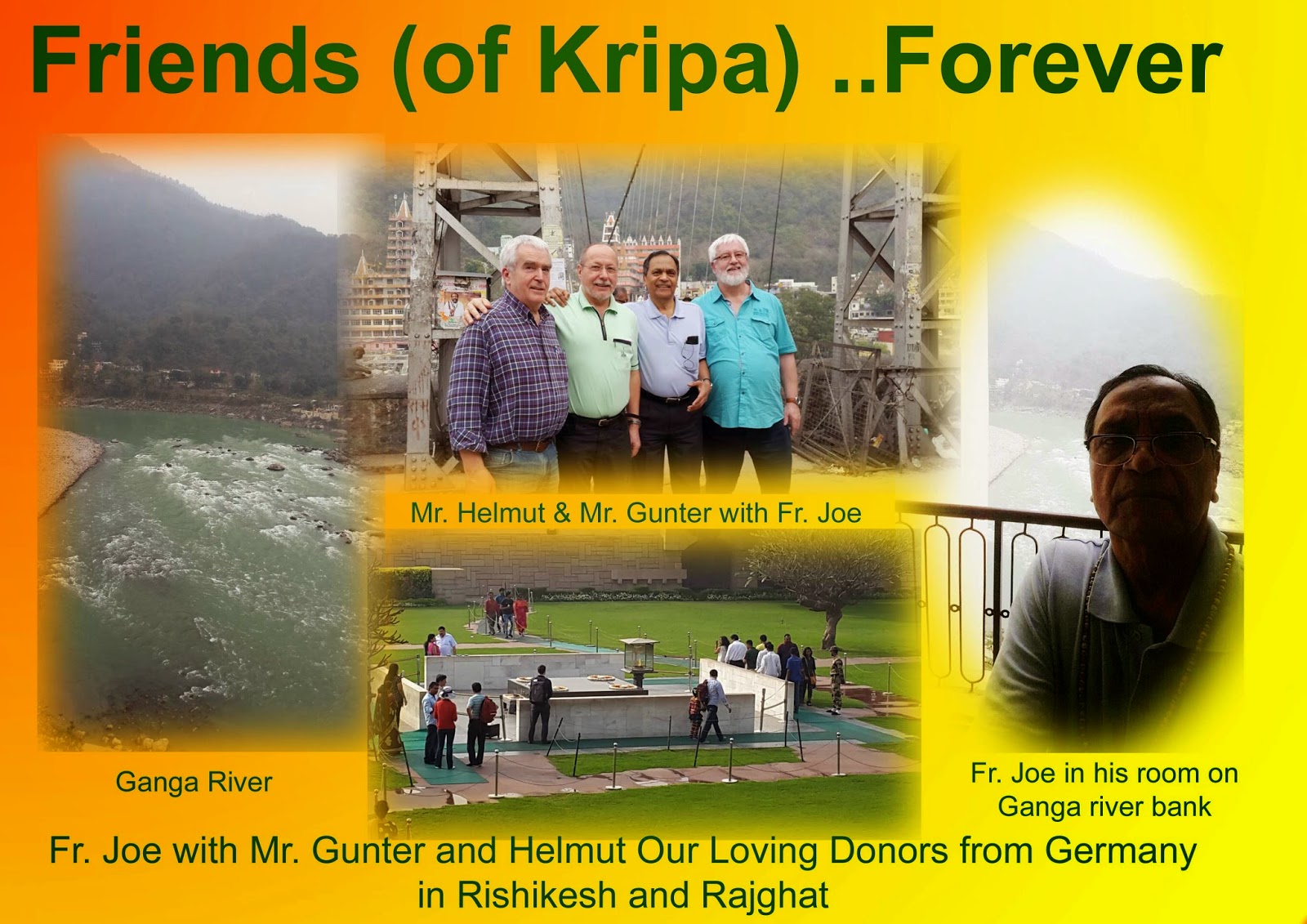 Still on a yoga toof ur  Rishikesh and Rajghat Fr. Joe was very much happy to be along with our very own loving donors for Kripa Imphal's new building from Germany Mr. Helmut and Mr. Gunther along with many well wishers from Germany.

Collage & Report
Newsdesk
Posted by Kripa Foundation at 7:30 AM 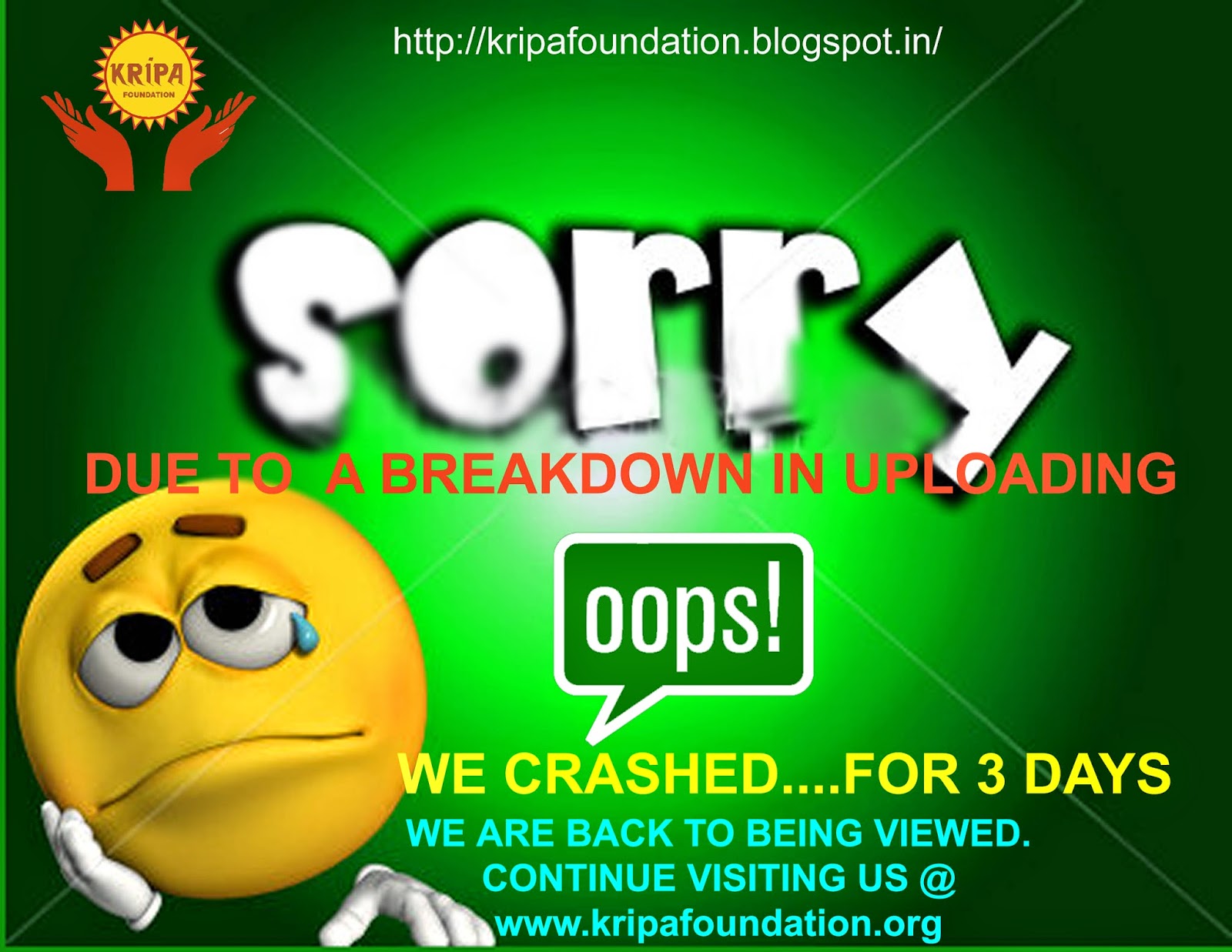 Collage
Newsdesk
Posted by Kripa Foundation at 9:08 AM 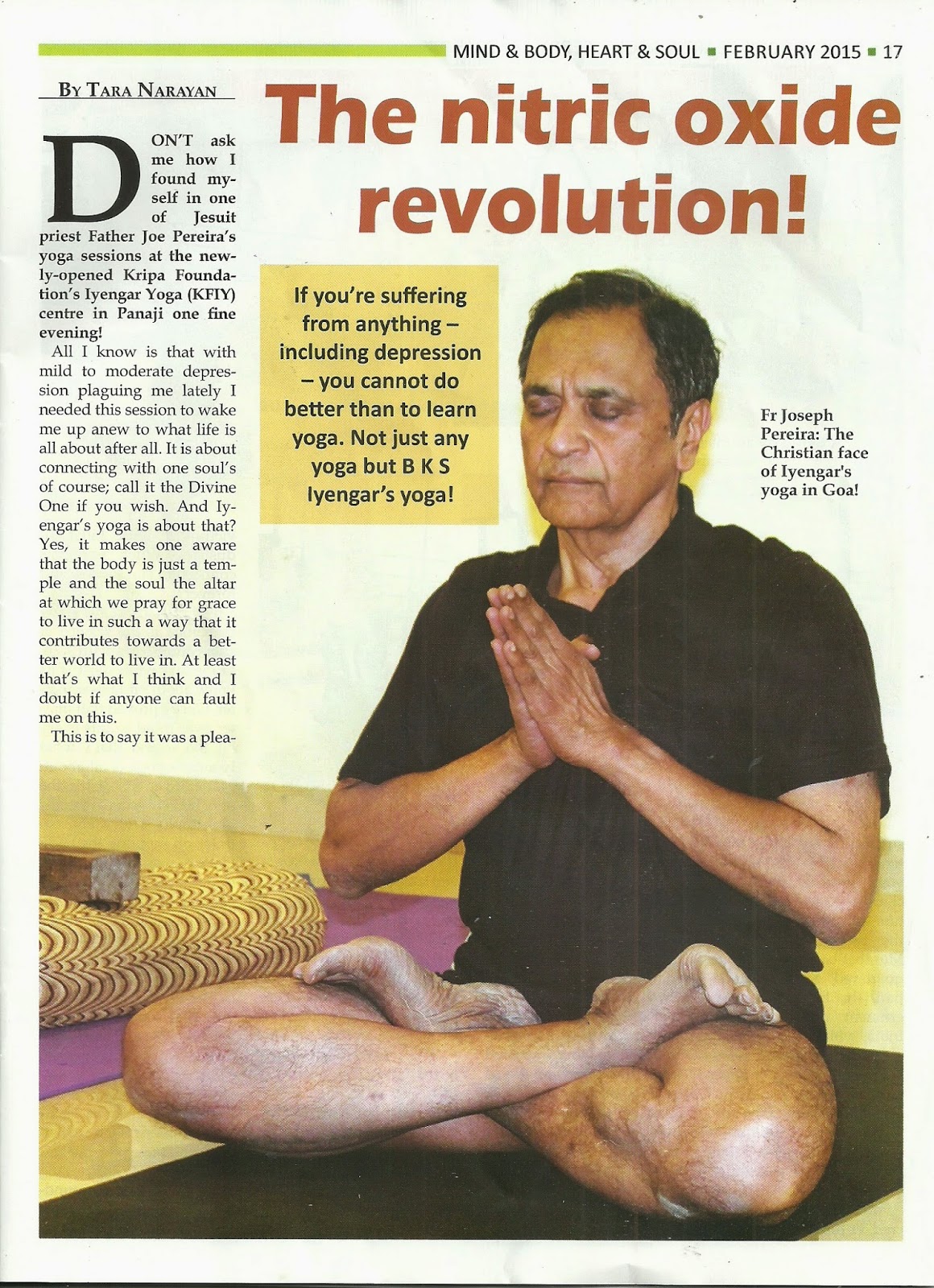 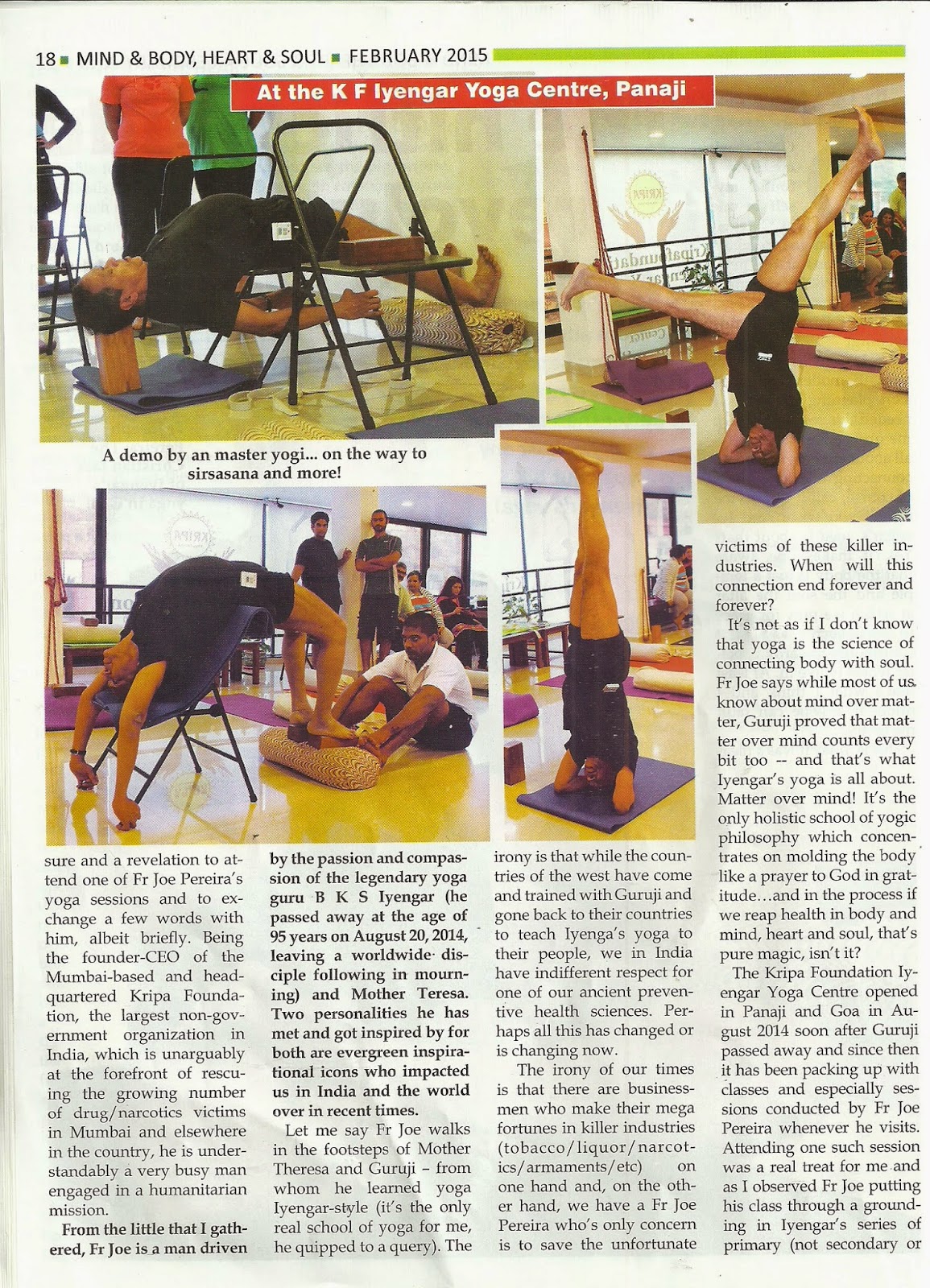 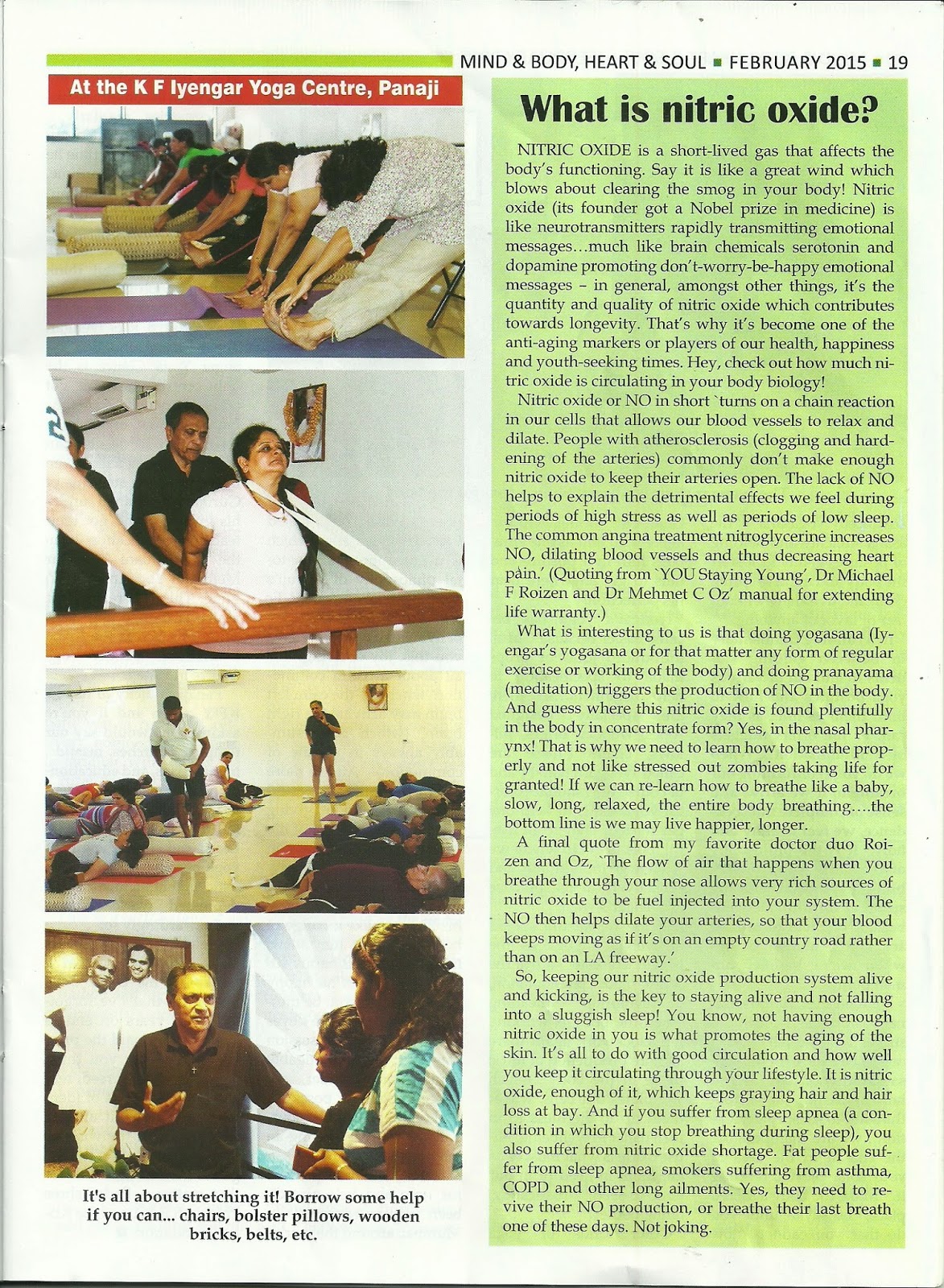 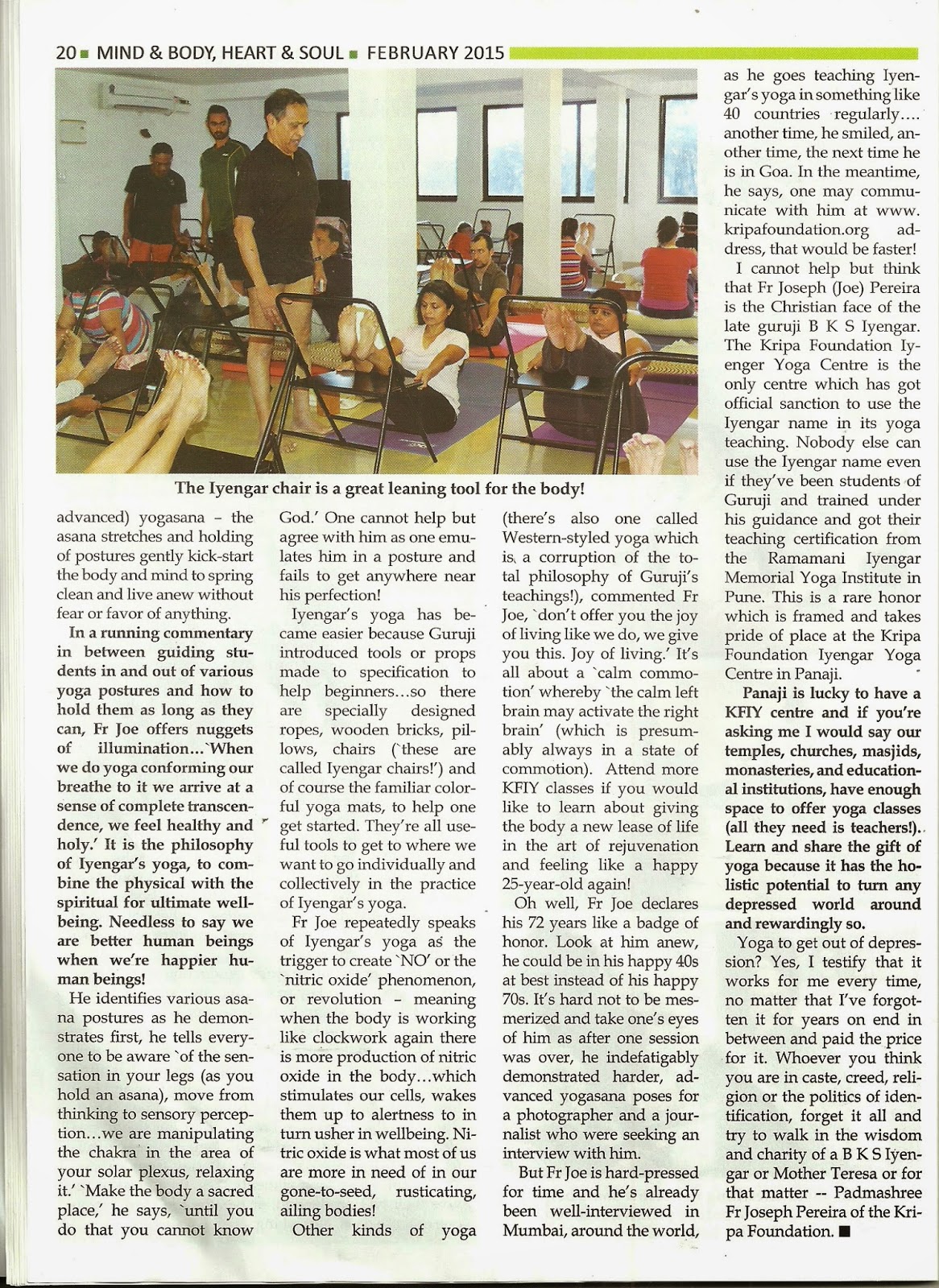 Newsdesk
Posted by Kripa Foundation at 9:07 AM 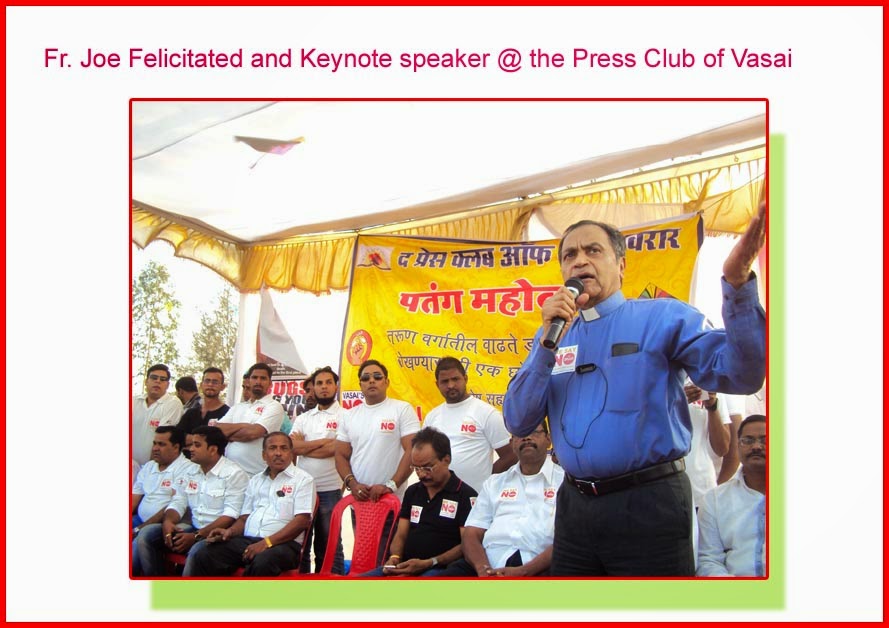 On the feast of Makar Sankranti day. Fr. Joe was felicitated for his work that he is doing all over India and especially Vasai where the menace of Drug abuse amongst youth have increased drastically.In his keynote address Fr. Joe mentioned that how we all have to fight this curse jointly across all streams of society to save the youth form being victims to drug abuse. On the occassion the youth of vasai have come under the umbrella of ' Brigade against drug abuse and have collaborated with Kripa to work unitedly to reach the goal of nearing zero in our fight against drug abuse Fr. Joe was accompanied by the students of NISD , Delhi who had come on a one month internship to Kripa Foundation Vasai.


Submitted and collage
Newsdesk
Posted by Kripa Foundation at 8:58 AM 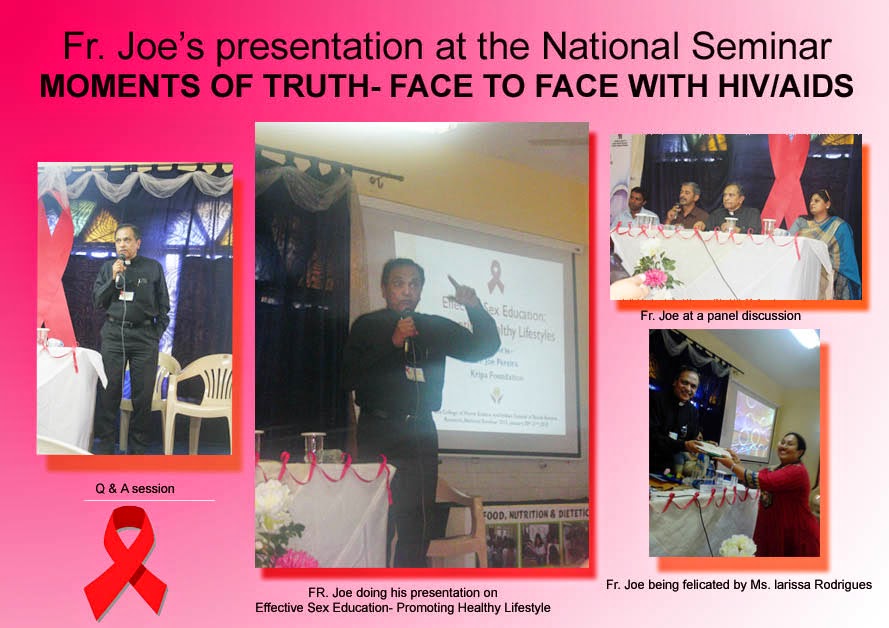 Inspired by the incident at Rivona, wherein a few students were denied admission to a school, Goa college of home science, in collaboration with the Indian council of social science research, organized a two-day national seminar titled 'Moment of truth: Face to face withHIV/AIDS in the college premises'.

Larissa Rodrigues, the organizing secretary of the event, said, "It's been 40 years since the first HIV/AIDS case was discovered, yet people still continue to believe in the myths that surround the disease. Participants from Bihar, Coimbatore, Dharwad, Mumbai, Pune and other parts of the country will share their views on the topic."

Dr Jagdish Cacodkar, president of Indian medical association, Goa, presented a paper on the stigma and discrimination towards people suffering from HIV. He pointed out that more than the disease, the stigma and discrimination of HIV/AIDS spreads the epidemic. He suggested control methods like multi-modal approach from various agencies, legal protection, health education and counseling programs, besides proactive awareness through mass media

Fr. Joseph H. Pereira, Founder Managing Trustee of Kripa Foundation, India, presented a paper of Effective Sex Education- Promoting Healthy Life style. He mentioned how one could lead a normal life by getting oneself educated as to how to lead a healthy sex life through a Holistic approach..This topic was much acknowledged by the all in the auditorium. fr. Joe was also on a panel for discussion.

Posted by Kripa Foundation at 8:32 AM 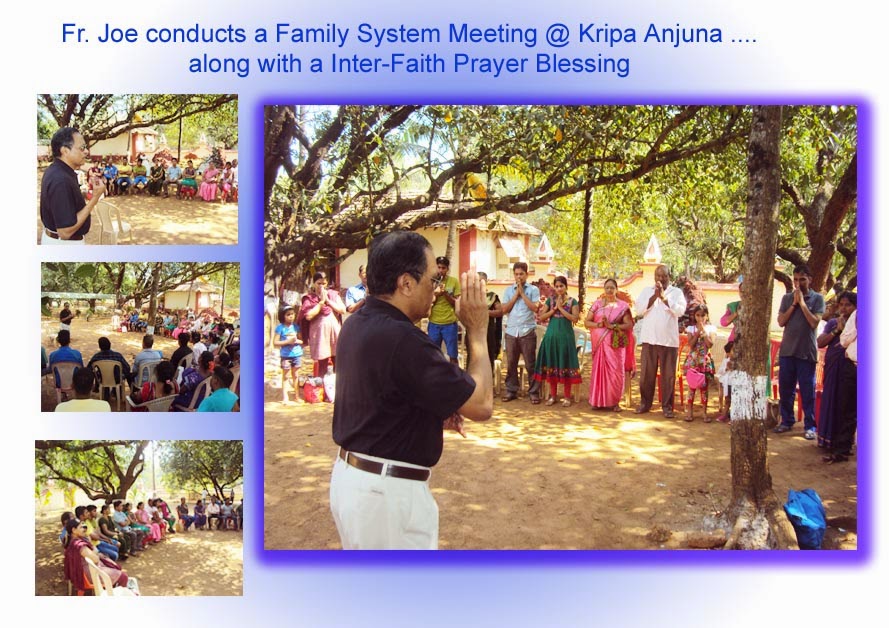 Although having tight schedules of yoga along with the Brazil Group, kripafoundation Iyengar Yoga Centre St, Inez, Counseling and meeting various people from the state of Goa. Fr. Joe scheduled himself to spent quality time with the patients and family members of those who are admitted at kripa Anjuna, Goa. In his address to the families he mentioned  how import it was to support the addict in his journey to recovery and also how it was more important for them to implement the 12 steps of Al Anon to maintain their serenity in handling their lives. Fr. Joe ended the session with a interfaith prayer recitation and Blessing.

Submitted and Collage
Newsdesk
Posted by Kripa Foundation at 7:09 AM 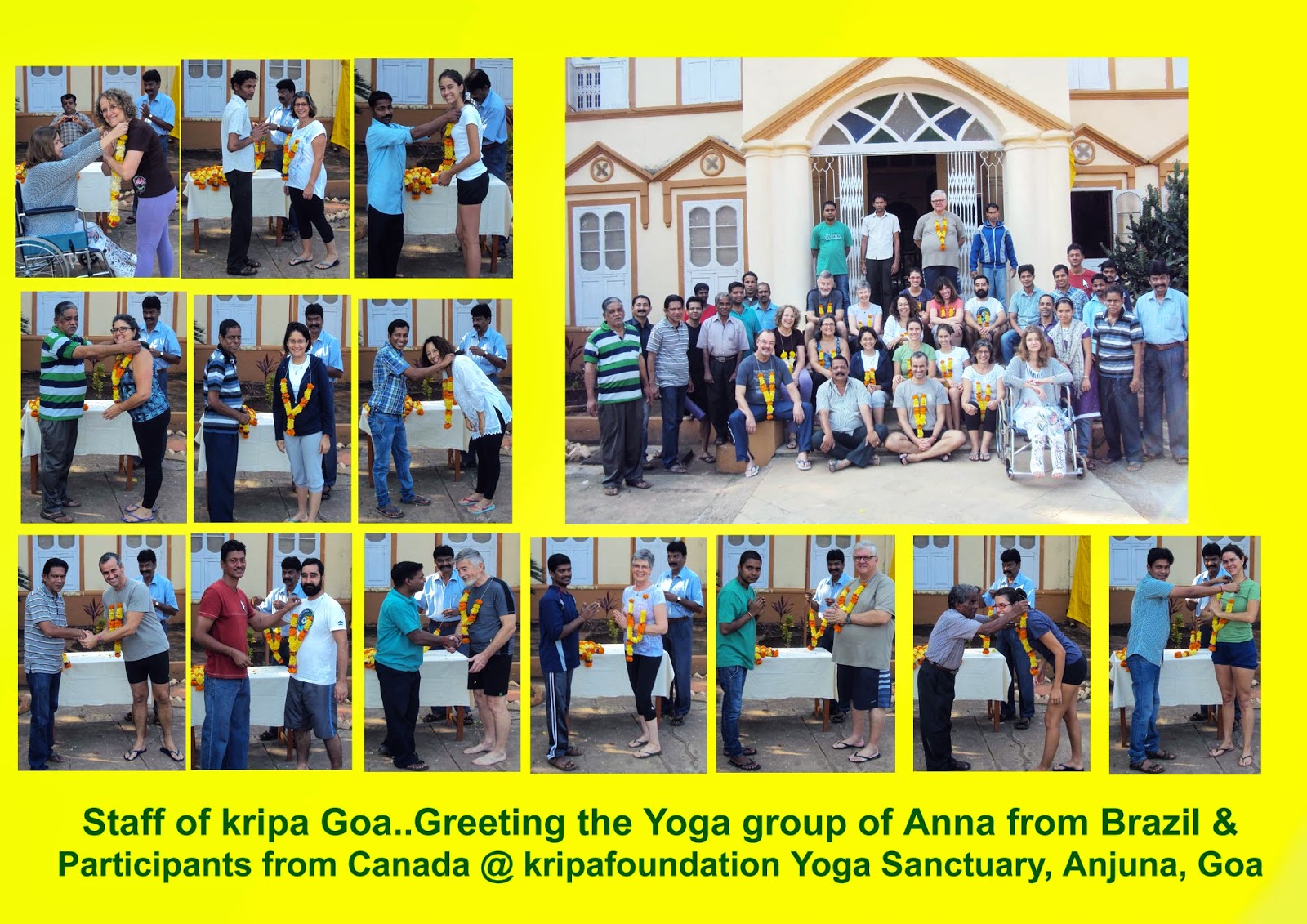 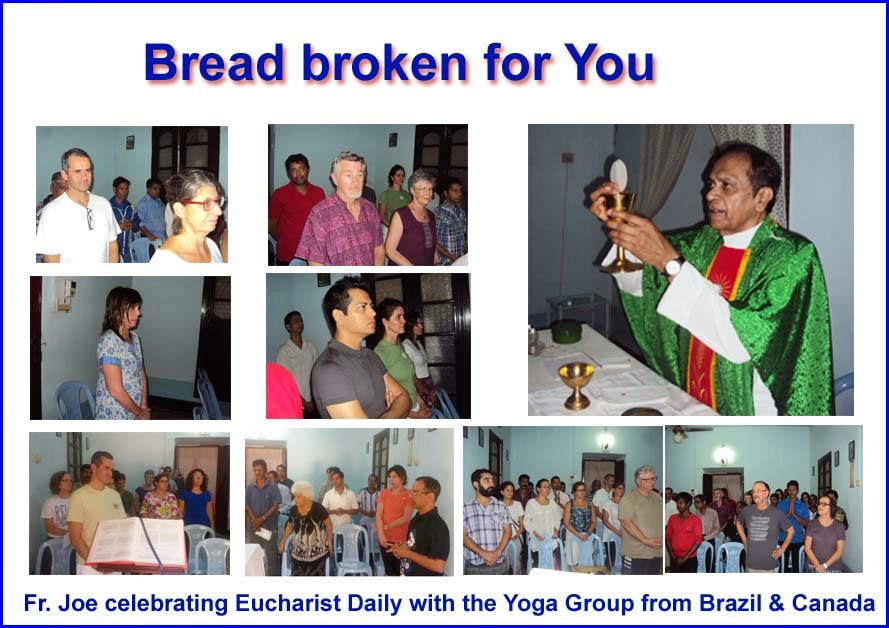 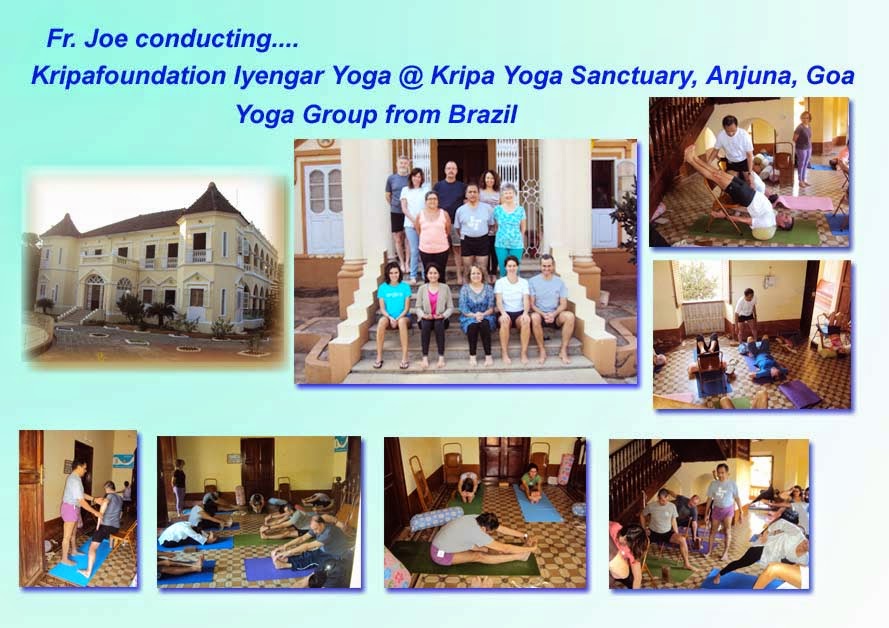 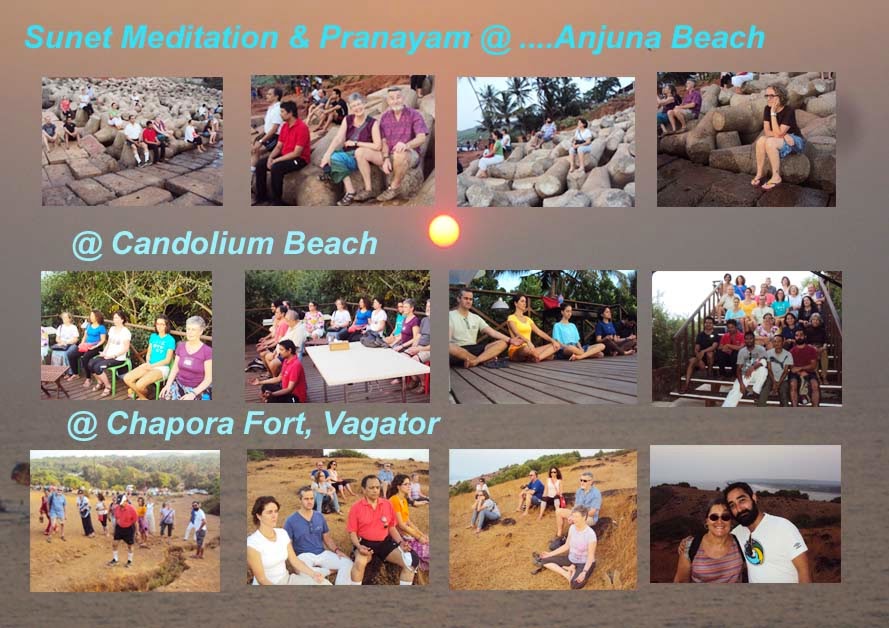 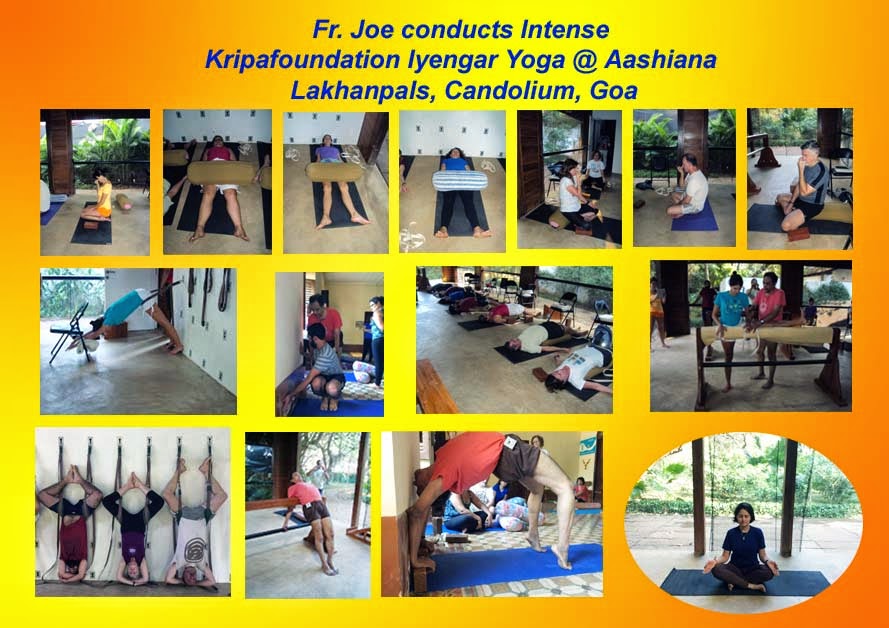 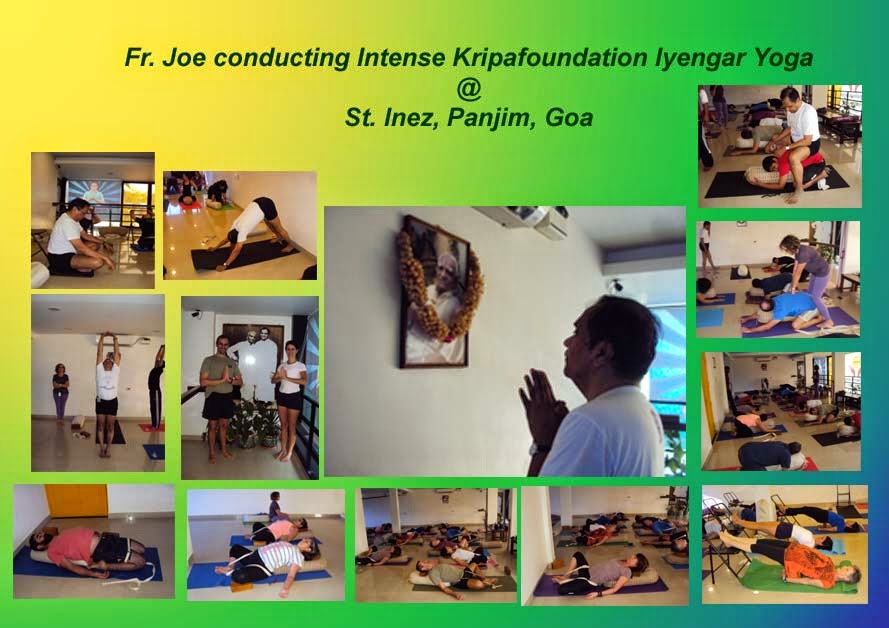 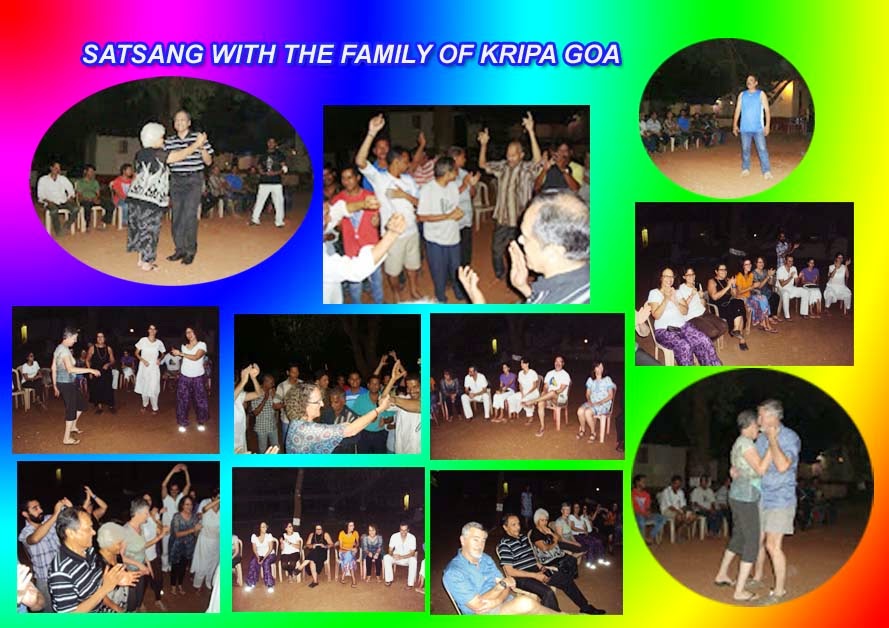 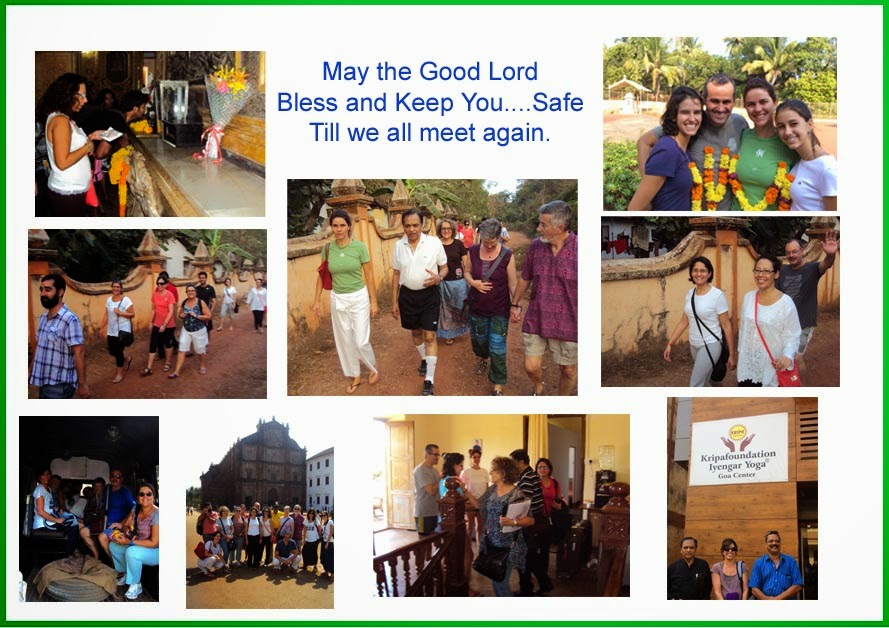 In the village of Anjuna  in Goa, one of the twelve Brahmin comunidades of Bardez, which is also world famous for its trance parties held on the beach during the tourist season. Close to the beach is Casa De Albuquerque "Soronto", which amongst it's coconut trees and mango groves lies Kripa Foundation' "kripa Foundation Yoga Sanctuary". The centre mainly runs a rehab for the treatment of chemical dependency.In this centre Fr. Joseph H Pereira the Founder Managing Trustee holds many workshops in Yoga for the treatment in recovery.

It is at the serine location of kripa, Fr. Joe conduct a 6 day intense kripafoundation Iyengar yoga with a group of Yogi's from Brazil led by Anna Ivanova. There was also Bill and Deborah from Canada who joined the group along with two members from India.

The group truthfully   enjoyed the teaching by Fr. Joe and the hospitality of the entire Kripa Team in Goa. looking forward to come again and the earliest opportunity.

Posted by Kripa Foundation at 6:30 AM 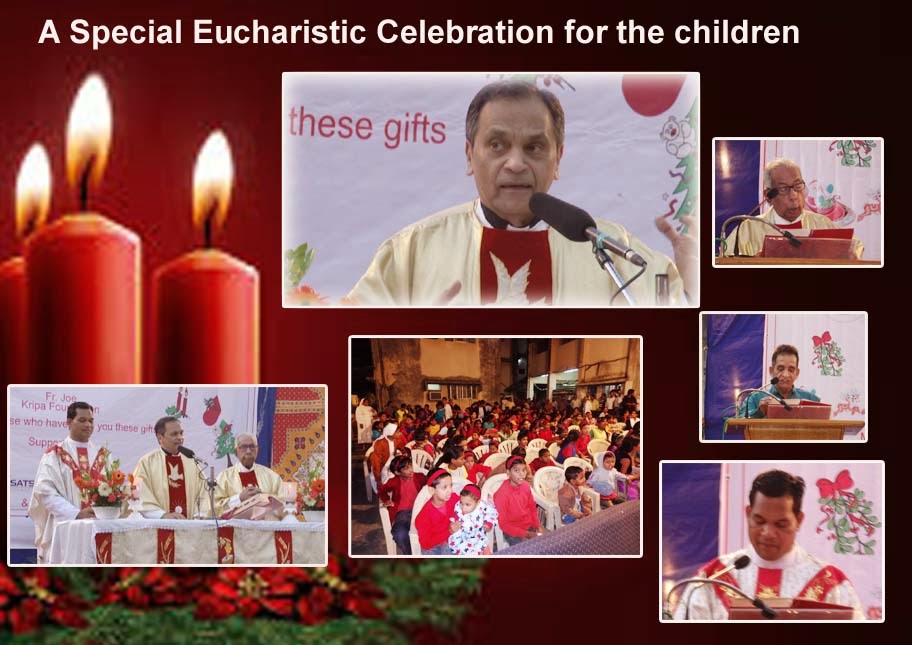 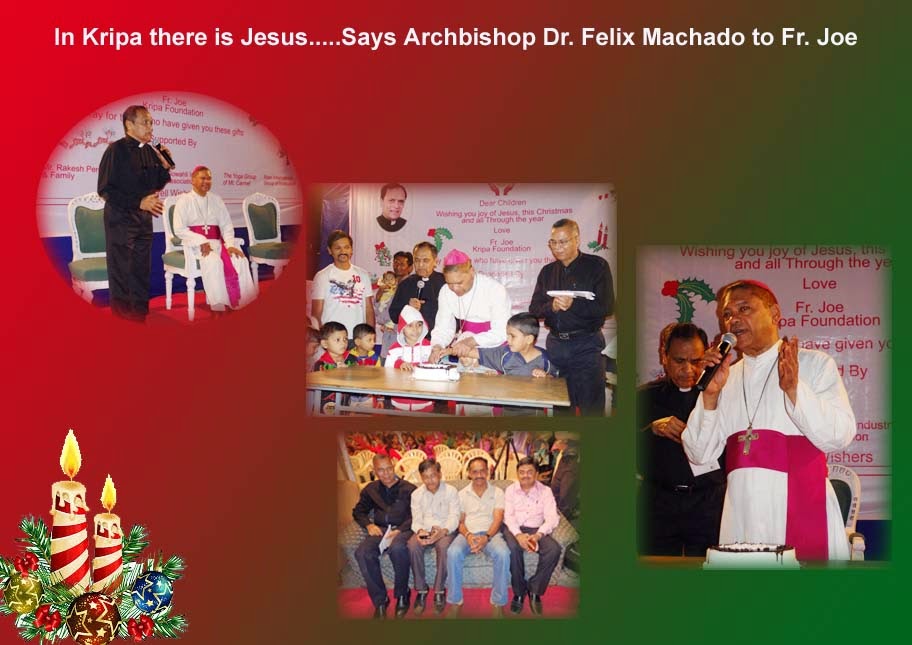 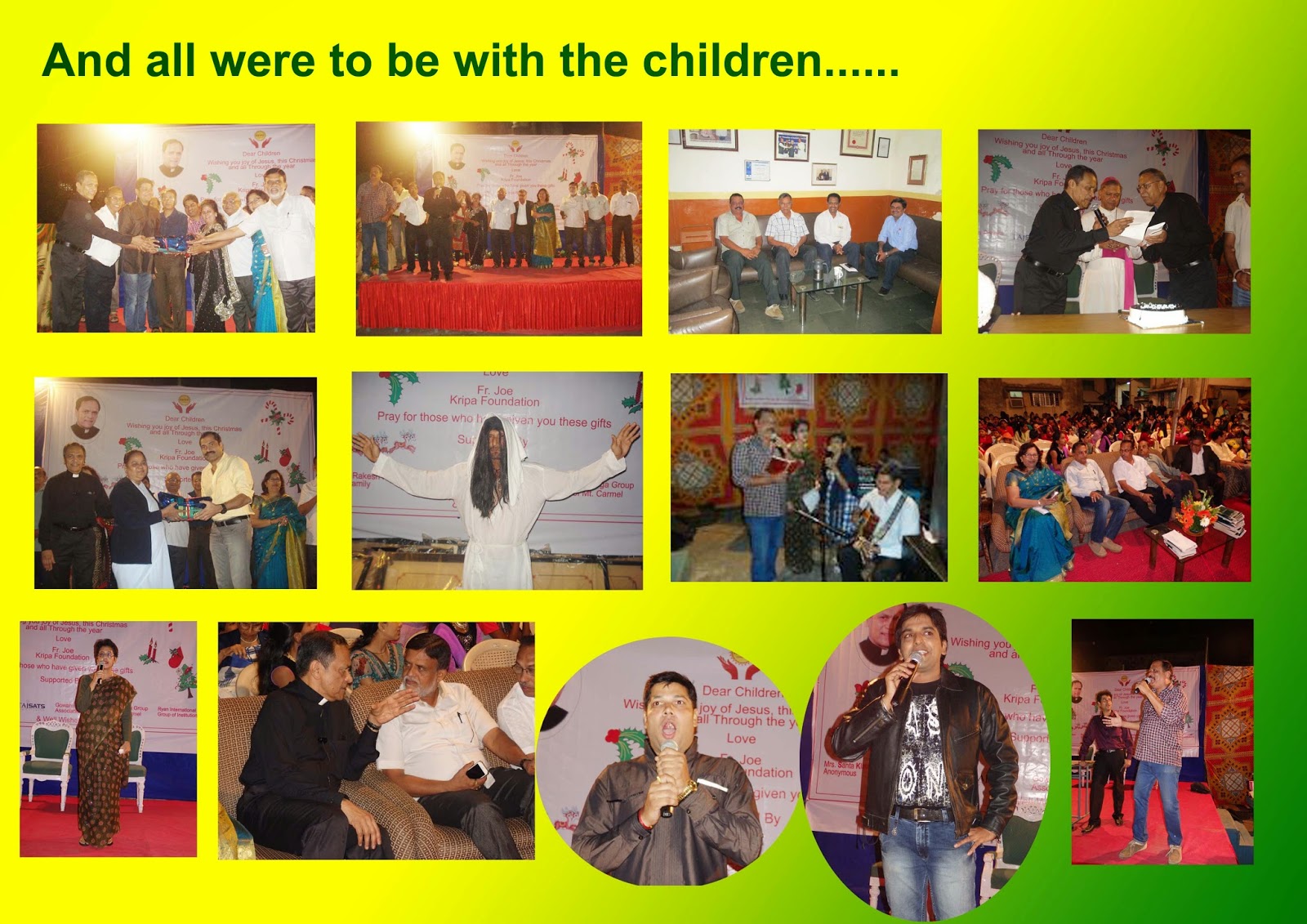 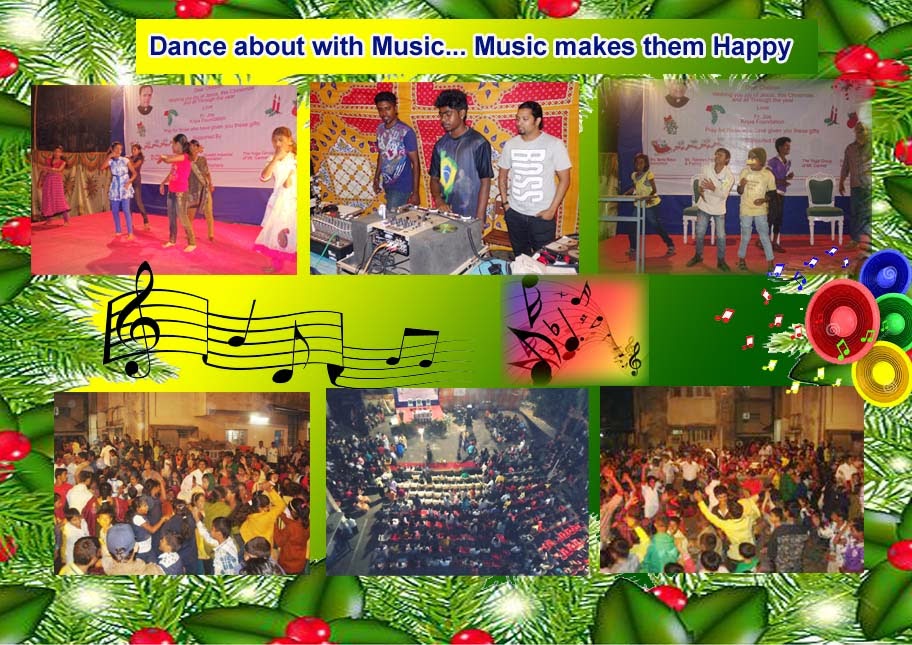 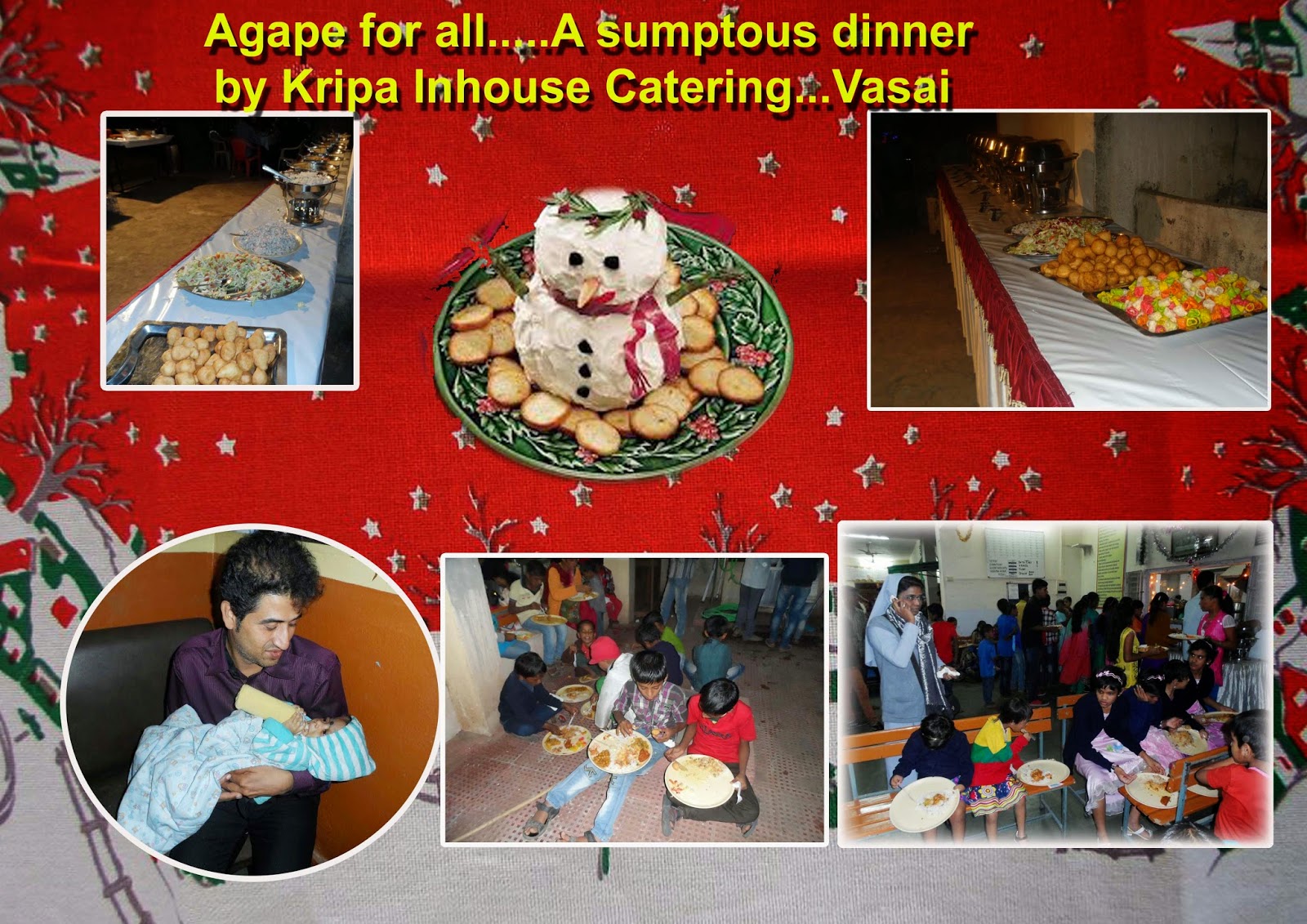 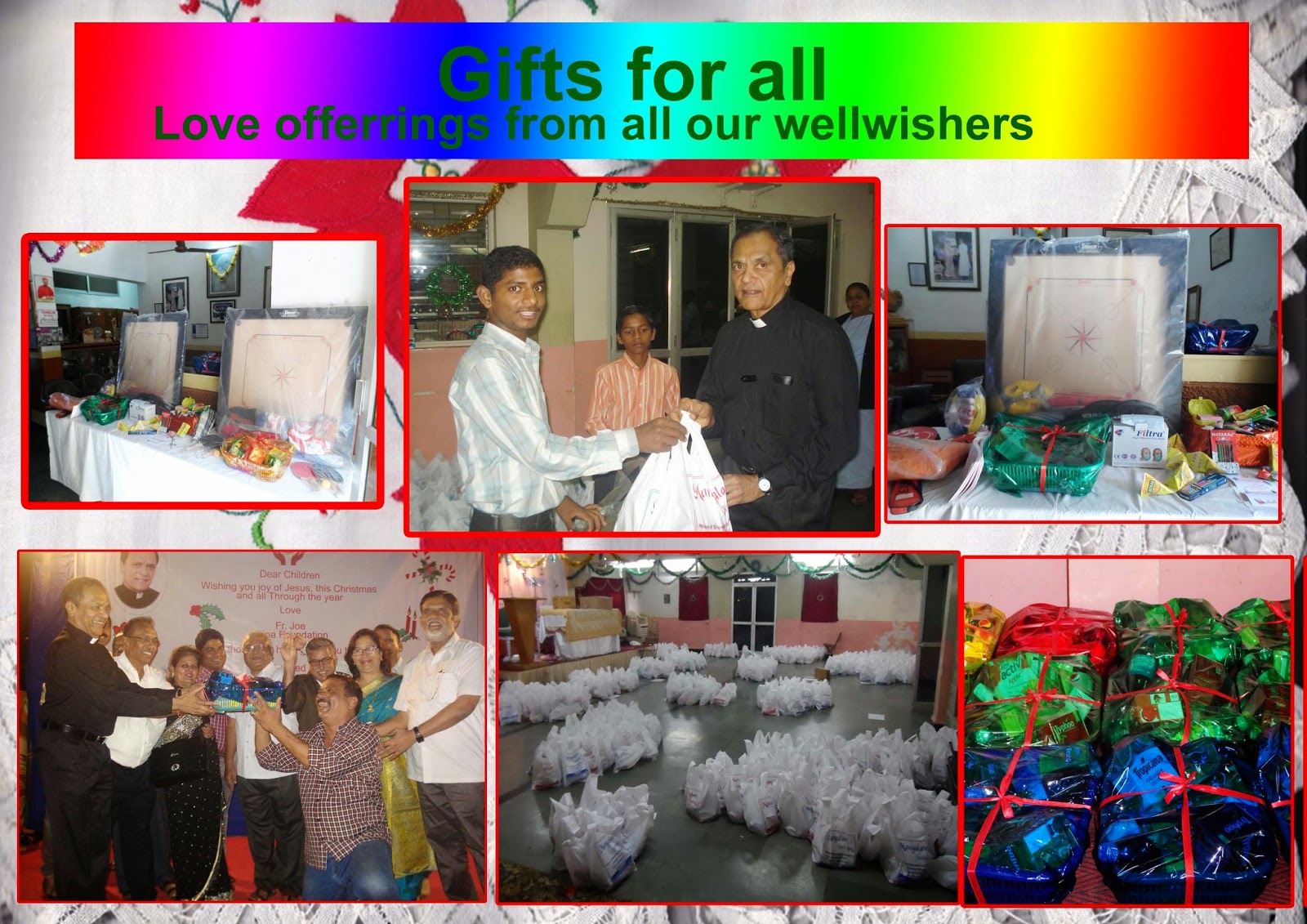 The Christmas season heralds the birth of Jesus Christ and the message of Love, Joy and Peace fills our very being. This message came alive at the Christmas Party organized for underprivileged children from institutes in and around the Vasai region and children affected and afflicted by HIV / AIDS. Initiated in 1994, the program has become a tradition of Kripa Foundation, Papdy, Vasai, and was held on the 28th December 2014. A total of 550 children attended the program. The event began with the celebration of Holy Mass led by Fr. Joe Pereira. His Grace Archbishop Felix Machado graced the occasion with his presence.. In his address to the children he mentioned that " There has to be Jesus in Kripa" He further acknowledge the work that Fr. Joe along with his staff was doing great dictated service in helping  the marginalized . Along with the children  150 guests and well-wishers participated to bring joy to the children. Fr. Joe along with Archbishop Felix Machado invited  some children from different ashrams to me forward and cut the cake along with members of His family and Members of the Waliv Business Association led by Mr. Ashok Grover.
A number of entertainment programs were organized which included dancing to the tune of DJ Sheldon and his team , fireworks and entertainment. The children thoroughly enjoyed. Thereafter the children were treated to a  sumptuous dinner cooked by the staff of Kripa along with Mr. Buthelo. Each child were gifted a gift packet which was so generously gifted by our well wishers .The children all went home happily looking forward to coming back next year. A special gratitude to the organizing community who worked tirelessly for over 3 months to make this event a grand success . All under the dynamic leadership of Fr. Joe.

Submitted and collage by
Newsdesk.
Posted by Kripa Foundation at 7:51 AM 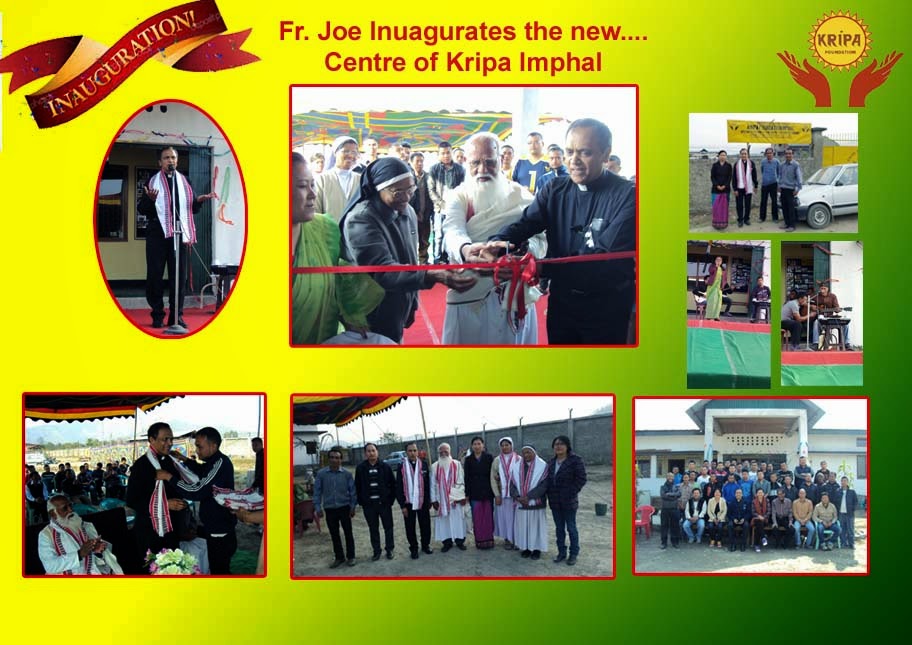 At a simple but solemn ceremony Fr. Joe H Pereira Founder Managing Trustee along with Rev Fr. Joseph Kachiramattam of the Archdiocese of Imphal, Manipur, inaugurated the  new Kripa Centre wholly owned by The Kripa Foundation Trust in Imphal on 6th of February 2015.  Also present for the occasion was Sister Pius and Sister Lima of CMC along with with staff and clients of Kripa Imphal.
The program commenced with the cutting of the ribbon, a prayer service followed by a cultural program and monologue by clients and staff.. The well organised program ended with the service of refreshments.


Posted by Kripa Foundation at 2:38 AM