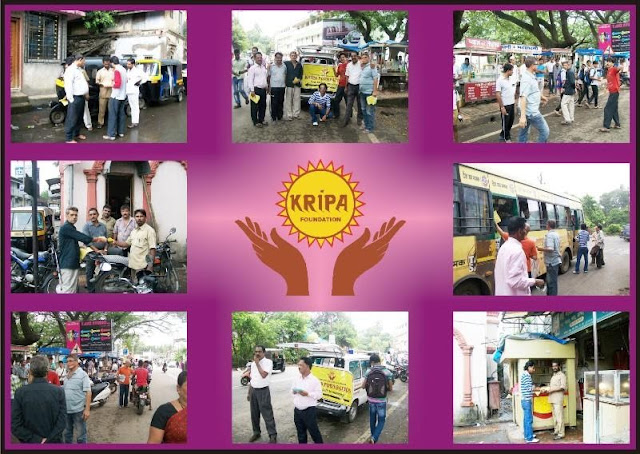 On 01st July 2013, Kripa Vasai commemorated Anti Drug Day at Parnaka and Manickpur areas for members of the general population.
Banners and Posters were prominently with In-house patients putting up a skit on addiction, influence of peers, dysfunctions in the family, role of the social worker, Kripa Treatment module and Re-integration into society. Information on Addiction related to HIV AIDS was also disseminated.
Pamphlets were continuously distributed and many passersby’s sought information from the team and also shared painful experiences of their loved ones. All information on Kripa Vasai; its services and activities were explained to them. The feedback received was positive and encouraging.