WORLD AIDS DAY AT VARIOUS CENTERS OF KRIPA IN INDIA 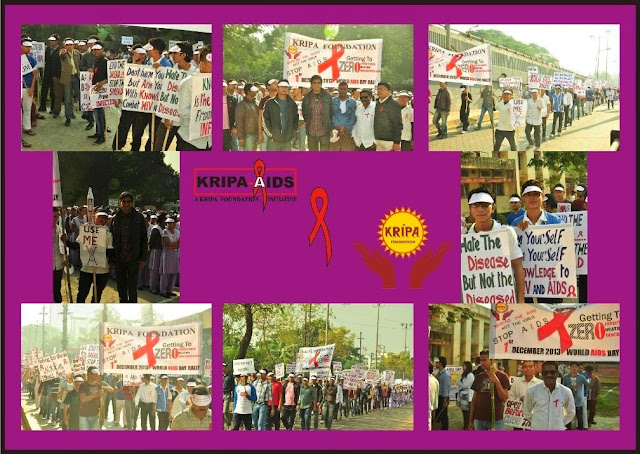 World AIDS Day
On 01st December 2013, Kripa Guwahati commemorated World AIDS Day by participating in a rally organized by Assam State AIDS Control Society (ASACS).
In house and Ex Patient along with staff of the centre designed banners and placards and distributed the symbolic red ribbons during the rally. Students of Down Town University who participated in the rally were also given information on HIV infection and prevention of the same by the staff 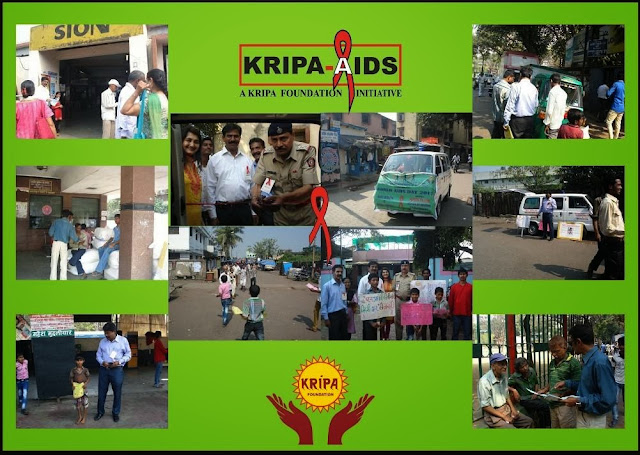 Kripa Dharavi commemorated International World AIDS Day from 01st to 03rd December 2013 by organizing awareness programme at different areas of Dharavi, Sion, Dadar and Mahim.
The programme was flagged off amidst a gathering of police personnel, social workers, members of other NGOs, local leaders, beneficiaries and staff of the project.
There were speeches, distribution of leaflets and red ribbons, display of banners and posters. The team visited various areas and shouted out slogans and gave information to those who wished to avail of it. The highlight of the programme was the involvement of the Children of the Dharavi Project. 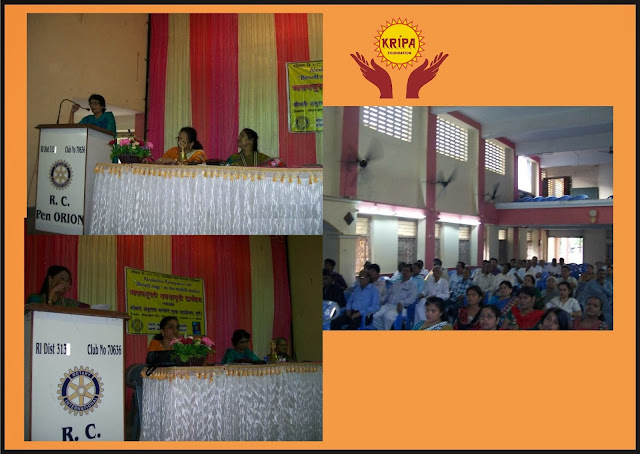 The Project Coordinator Mrs. Anuradha karkera along with the staff spoke on Addiction and its relation to HIV AIDS, Self Help groups, Life Skills and techniques and how one can be a productive member of Society. The programme was organized by an Ex-Patient and it has been decided to hold AA meetings once a week. Many queries that were raised, were resolved by the team.
Submitted by
Kripa Pune 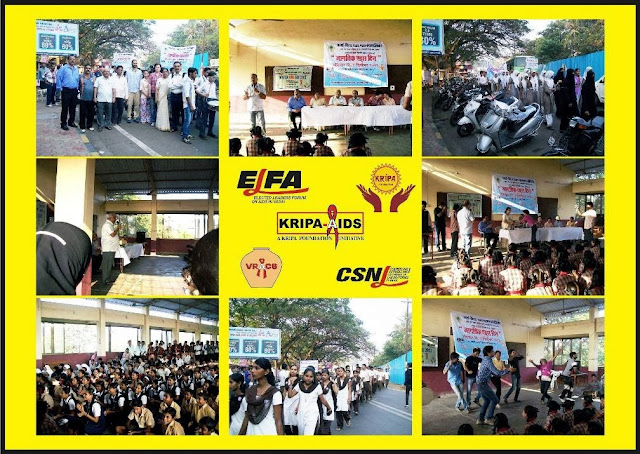 Kripa Vasai and VRACS participated in the World AIDS Day Programme organized by Vasai Virar Mahanagar Pallika at Ganpatrao Vartak Krida Bhavan, Parnaka on 01st December 2013
Students of around 10 schools in the vicinity participated in the programme along with local leaders, social workers, teachers of the school and well-wishers. Speeches, Street plays and Banners and Slogan display were part of the programme. A message by Rev. Fr. Joe Pereira was read out by Bosco D’Souza to the gathering that received a good round of applause. Post session, many schools contacted the Resource Team to conduct programmes in their schools during the World AIDS week. 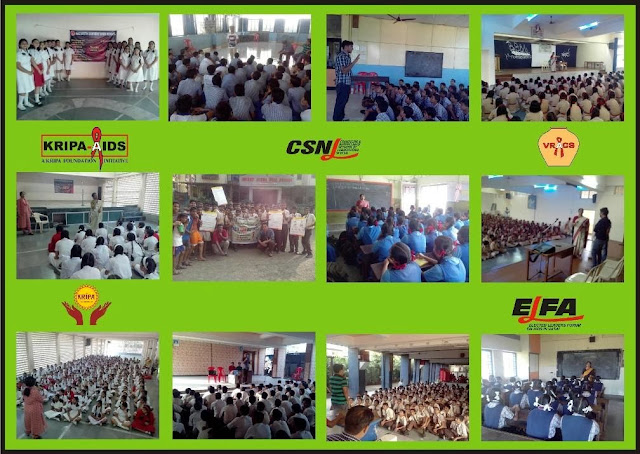 In continuum to the World AIDS Day Programme at Parnaka, Vasai and the subsequent request from various schools, Kripa Vasai conducted awareness programmes from 02nd to 06th December 2013 for 6 schools in Vasai, Nala Sopara, Virar areas through different activities for the students by Mrs. Jean Pereira and the Kripa team of Vasai
Medical inputs on Addiction and its relation to HIV AIDS, High Risk Behaviour, Life skills were explained to the students. There was a display of posters and banners and distribution of pamphlets. The students possessed poor knowledge of HIV AIDS as evident from their queries. Myths and misconceptions were dispelled with and the patients and staff in residence shared their life experiences during their addiction, to serve as an eye opener to the students.

Posted by Kripa Foundation at 6:08 PM