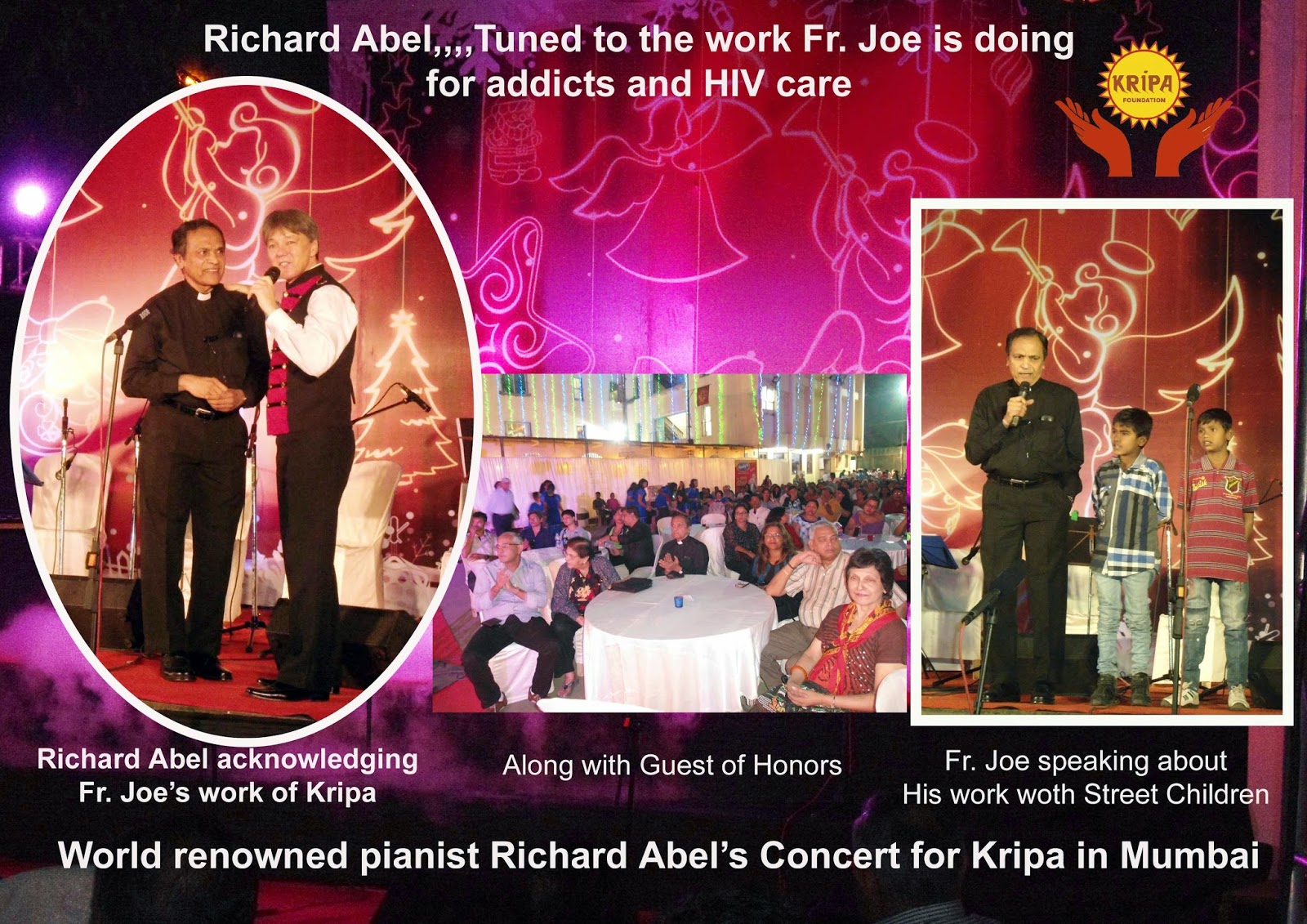 Richard Abel, music is a balm for the wounds of the soul. "It's like if I wanted to relieve people through music," he said. Thus he tries to share what he holds most dear with his audience. As instrumental music has no language boundaries, it is for him the ideal universal language.
In the show, the ease with which it communicates with the audience comes naturally to him. He knows he is lucky to have this spontaneous contact with the public. He knows the difficulty for a player who has to turn to his instrument and leave the crowd of eyes, creating intimacy between the artist and the audience.
Richard Abel does not support disputes, drugs and abuse of power. He does not smoke. He believes that smoking kills people he loves "slowly." Above all, he hates wasting time, being a person of efficiency and performance.

Seeing the work of Fr, Joe and Kripa he specially had a show this evening at Willingdon Gymkhana, Santa Cruz, Richard Abel mesmerized the audience with his beautiful nostalgic music.In his short address to the people he acknowledged the work of Fr. Joe and Kripa and how he was ever willing to do a show in the near future.
Fr, Joe in his brief speech with all humility thanked God and Mr. Abel for his kind support to the cause of Kripa Foundation. Fr. Joe also introduced two of the street children that accompanied him on stage and mentioned how the contributions of well wishers as kept Kripa going,

The staff and residence of Kripa Bandra put up a stall selling Cd's, Christmas cards and home made pickles as income generation.
Indeed a beautiful and pleasant evening to the run up for Christmas celebration.  A sincere gratitude to Mr. Dereyk Talker for organizing the show of Mr. Richard Abel in support of Kripa.

Collage and submitted by
News Desk

Posted by Kripa Foundation at 3:40 PM