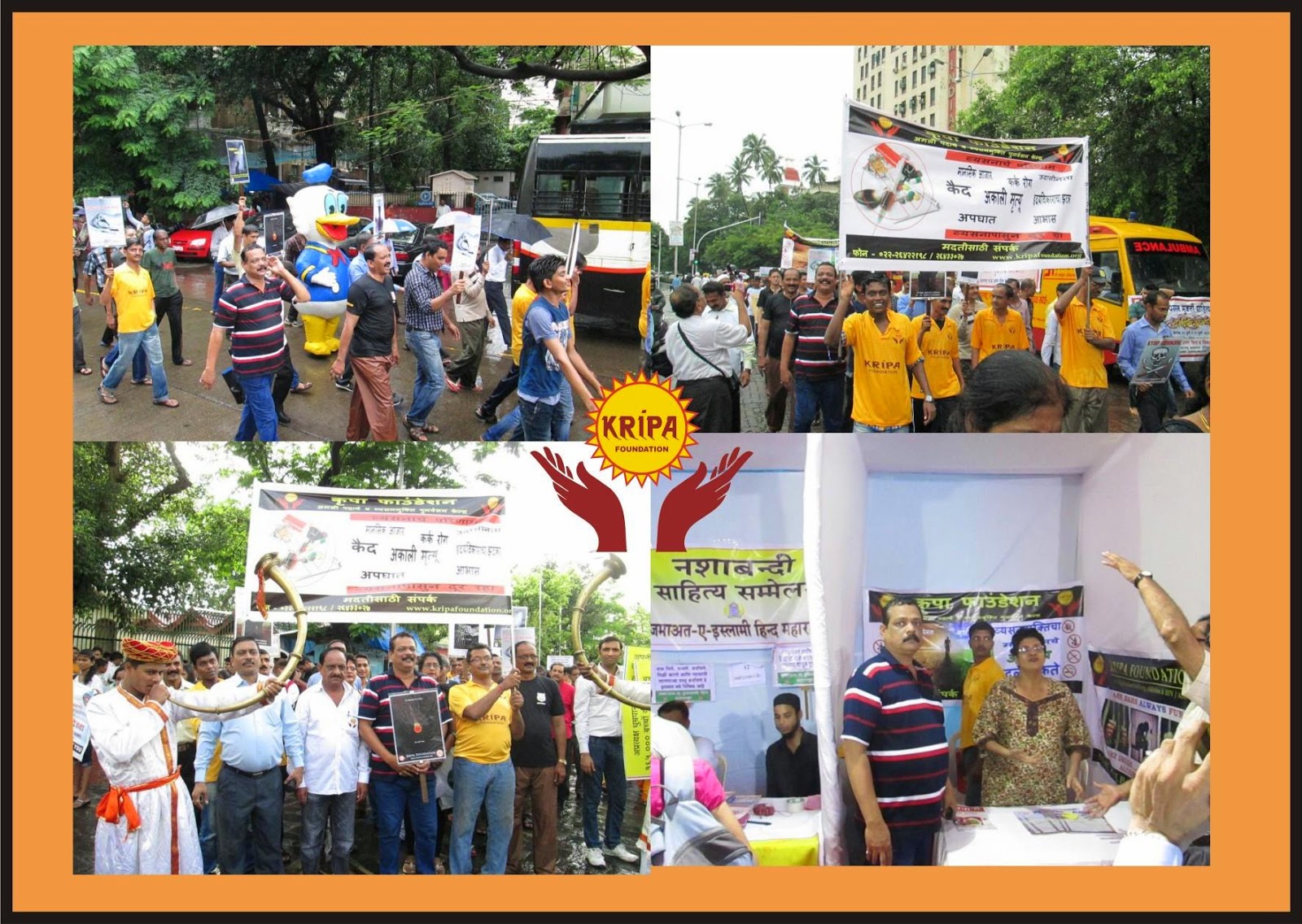 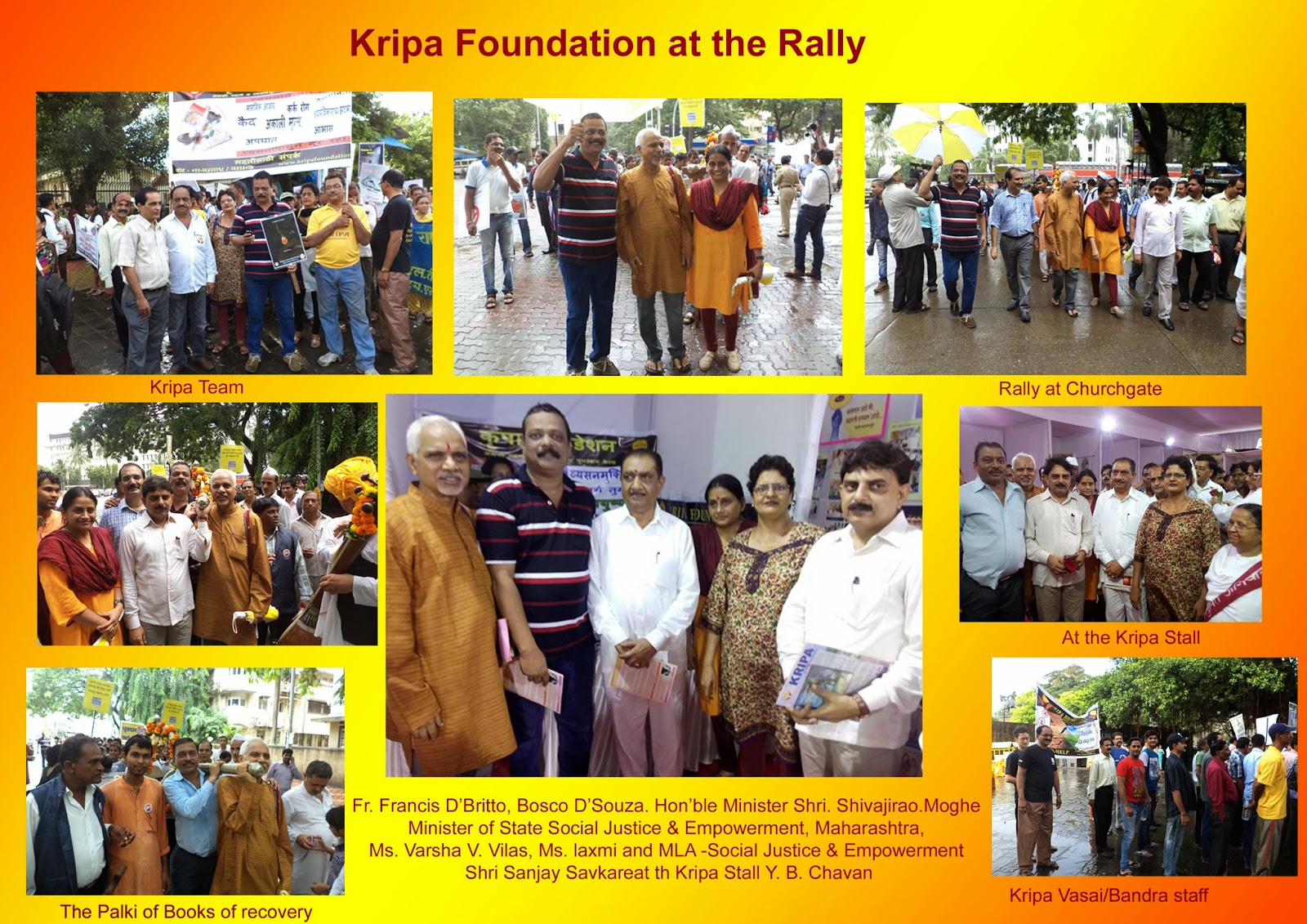 On 14th July 2014, Kripa Foundation  took an active part in a Shahitya Sammelan Rally organized by Maharashtra State Government, Ministry of Social Justice and Empowerment. This rally was organised to spread the message against alcohol addiction.

The Kripa team consisted of In-house patients and Staff from Kripa Bandra and Vasai armed with Banners, Posters thronged the streets incessantly shouted out slogans on the evils of addiction. Pamphlets were distributed and Information was disseminated to the general public. The rally was from Gate way of India to Y.B. Chavan Hall, where a two day programme was held on various topics of addiction.

More than 1000 people from different NGOs, Social Organizations, Schools, Colleges, Social Workers and Local leaders participated in the programme. The rally was a grand success although there was a heavy downpour.
Submitted by
Vijay - Kripa Bandra
Atul - Kripa Vasai
Collage /Report
Mozen H
Posted by Kripa Foundation at 11:33 PM