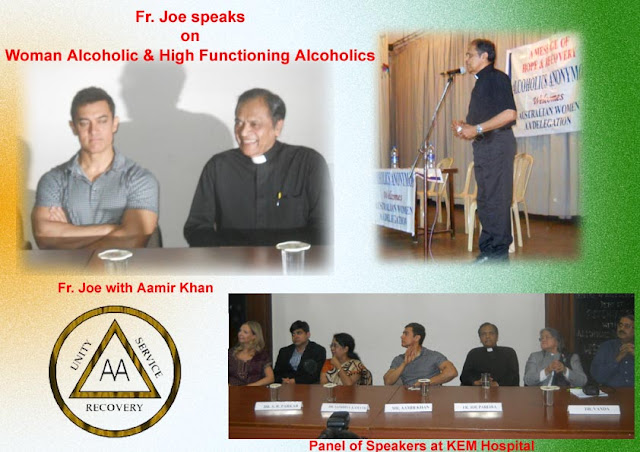 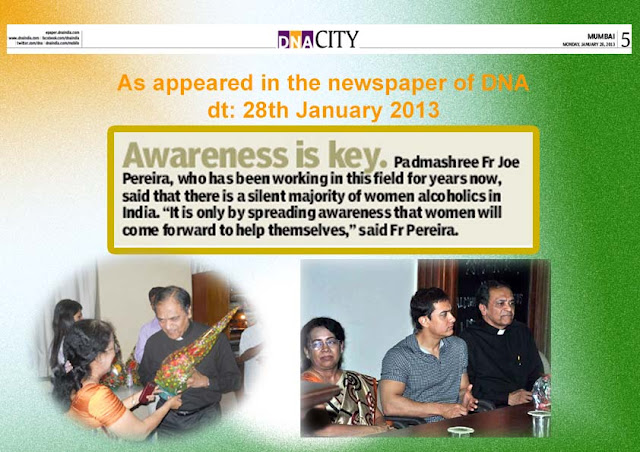 The number of women afflicted by alcoholism and substance abuse is rising alarmingly, especially in metropolitan cities like Mumbai, say doctors. Stigma and non-acceptance from family and society is not letting them get help, due to which female de-addiction wards run empty and were eventually shut down. Dr Shubhangi Parker, assistant dean (academics) at KEM Hospital, said, here on January 27, 2013, at the seminar and press conference in KEM Hospital Auditorium, Mumbai.
“An alcoholic male will be respected by his family and the woman in his life will motivate him to undergo treatment. However, this is not the case with an alcoholic woman. She is not extended the required support with same intensity and commitment.” She further added that the stigma attached with being alcoholic, and rejection from family and society are major roadblocks in the treatment of female addicts. “We were the first to start a seven-bedded female de-addiction ward in 1991. But with no women coming forward, we had to shut it down,” she lamented.
Fr. Joseph H. Pereira "Class A Trustee"of Alcoholic Anonymous In India and Founder Managing Trustee, Kripa Foundation, highlighted how the scourge of alcoholism has primarily affected women in North Eastern India, spurring  Kripa to be the first in opening rehab centers aimed at their uplift. Fr. Joe spoke about the Kripa Model of Recovery, which is acclaimed worldwide as having the highest success rates in de-addiction and rehab of substance abuse. Fr. Joe said Yoga and meditation form key components of the Kripa Model and explained how meditation assists in stabilizing the brain functions, thus bringing an enhanced mental stability among addicts, and how important it was to practice the 11step of AA. Thus giving a recovery the dimension of Psycho Social, Psycho Spiritual and the most important Psycho Somatic, that’s learning to love the body back to life. Fr. Joe mentioned that women were more vulnerable to men becoming alcoholics and hence he called them the “ Silent Majority” as in India it was still a taboo to have a lady alcoholic. However he added that today the youth are more forth coming. They are openly coming to his centres all over the country to seek treatment, and therefore it was very important to have awareness programs for the general population and not just single out the women.
While the numbers of women alcoholics have risen, the only female de-addiction centers are very few and many cities  have no such centres. Those who seek treatment prefer to be admitted to places on the outskirts of their dwelling place, Fr. Joe further added that urbanization, changing social norms, and social economic structures have lead to more women taking up to alcohol.
Bollywood actor-producer Aamir Khan, who brought several social issues to the fore through his show "Satyamev Jayate", has now lent support to the fight against alcoholism amongst women. He says women should be forthcoming about admitting their addiction.
Aamir further  stated that the problem is more complex in India as women never come admit they have a drinking problem. "In India, the problem is more complex. There are so many modernistic issues involved with drinking that women would be afraid to admit openly that they are drinking. It is a very difficult thing for them," the 47-year-old cine star, said


"The fact that you (female reporters) have come here, will give them a lot of strength, lot of courage and with the media reporting about it, the message that it is a disease will come across." said Aamir. “Even if you are a woman and if you are suffering, you need to step out and there is help available to you," he added.
AA member SK Bhalla, coordinating the programs, said, “According to statistics, we have 30,000 known women addicts, and one-third of alcohol addicts in India are women.”
It is to break such taboos related to women alcoholics that 82 AA women members from USA, Russia, Virgin Islands, New Zealand and Australia through AA Australia in collaboration with AA of India, had been touring the country and urging women alcoholics to speak up and address the problem of Alcoholism. This tour of the Mumbai leg was actively supported by Kripa Foundation, India’s largest and pioneering NGO in the field of de-addiction and rehabilitation of Chemical dependency and HIV care


News desk
﻿
Posted by Kripa Foundation at 9:51 AM