Fr. Joe conducts the VRACS Board meeting at the New Kripa Seva Centre in Dahanu 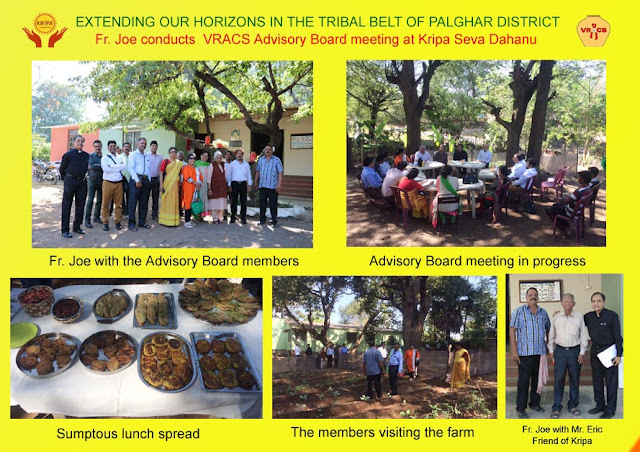 Fr. Joe in his zeal to reach out to more and more suffering addicts and PLHA ( People Living with HIV/AIDS), it was dedicded to have the VRACS Guiding Board Meeting at the new centre of Kripa in Jamshet, Dahanu, Palghar District, Maharashtra. This centre is a collaborative centre with Seva Dhan which is now known as Kripa Seva Dahanu.

The meeting was held in the lush green surroundings of the campus under huge trees.Where it was also decided to have programs and medical help to the tribals in the area. The team was take around and shown the vegetables grown with the help of drip irrigation and was later served a sumptuous lunch. Which made the visit very memorial.

Collage and Report by:
Newsdesk
Posted by Kripa Foundation at 7:02 PM