Kripa's Got Talent ‘ a campaign at Kripa Bandra, by "Keep off the Grass" group. 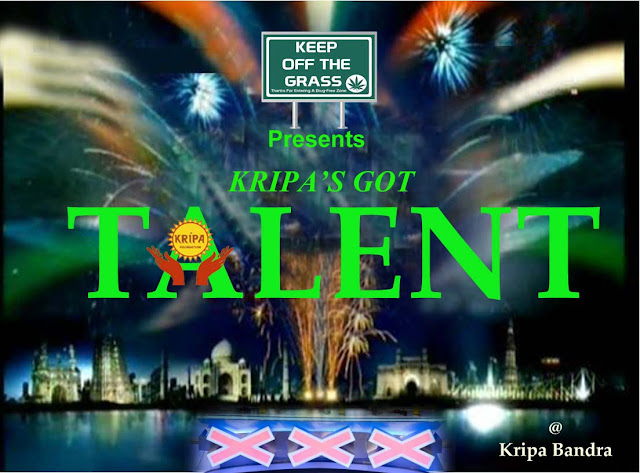 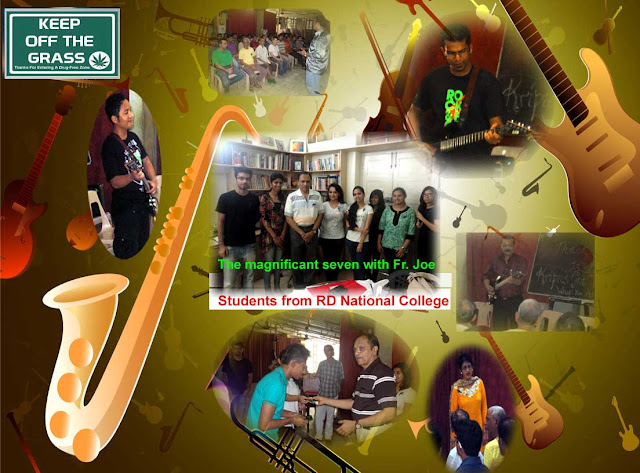 Clients at Kripa Bandra enjoyed a rare treat on September 7, 2011 with 7 students from the RD National College, Bandra Mumbai visiting the facility as part of the ‘Keep Off The Grass’, a college group activity project  awareness campaign, aimed at highlighting the menaces of drug abuse.
A team of seven students conducted the nearly three-hour long event, which saw members of Kripa Foundation’s senior management also participated in the entertaining program. All attendees were handed over badges made of green colored ribbon and shaped like a leaves of a commonly used narcotic herb, to wear. The organizers invited clients to showcase their performing skills such as singing, reciting poetry and dancing. Clients at Kripa Bandra rendered some popular Bollywood hits while others read out poems that aptly speak about the hazards of drug abuse were recited by some patients. These poems were authored by Kripa Bandra’s clients, who have also composed some songs against drug and alcohol addiction. Some clients displayed their vocal and musical skills by singing and strumming with an electronic guitar.
The organizers and participants’ energy levels were taken to a new high when Bosco D’Souza, National Project Director, Kripa Foundation took to stage with a guitar and sang some Western hits of yesteryears. Charmaine Rodrigues, a Kripa official, sang a famous number from the evergreen movie, the ‘Sound of Music’, to the delight of the audience. Students were also treated to a skit that teaches teenagers and school kids about the evils of drug use. The skit, penned by Kripa staff Rajan Welingkar, calls upon parents empathize  with their children, who have fallen prey to the drug menace while restoring their confidence by stating that successful rehabilitation is possible through Kripa Foundation’s unique program.
The college students namely Tripti Nagpal, Rheya Hemrajani, Shivani Karia, Bhakti Makhija, Ishaan Khanna, Vitti Menghani and  Sinead Gomes also held an impromptu birthday celebration for Father Joseph H. Pereira, Founder and Trustee, Kripa Foundation, who came to witness part of the event. Winners of the various performances were awarded prizes by the organizers, through Fr. Joe. The most touching was the students treating each and everyone at Kripa Bandra with a Mac Donald burger, Perk bar and soft drinks.

Posted by Kripa Foundation at 9:53 AM