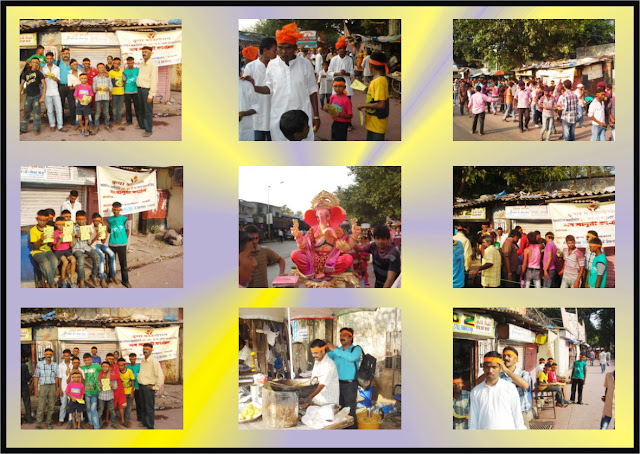 On 29th September 2012, Kripa Dharavi set up an Awareness Stall at Dharavi on the route of  Ganapati's being taken for  immersion.
The Kripa team of  staff and street children reached out to the community by putting up a drining water stall, which was patronized by a large number of devotees along the route of emersion.
Display of Banners and IEC Materials were put up at strategic points, information on addcition as well as slogan printed ribbons and pamphlets on ill effects of addiction were also distributed.
Submitted by
Kripa Dharavi
Collage by
Mozen H.

Posted by Kripa Foundation at 1:44 AM