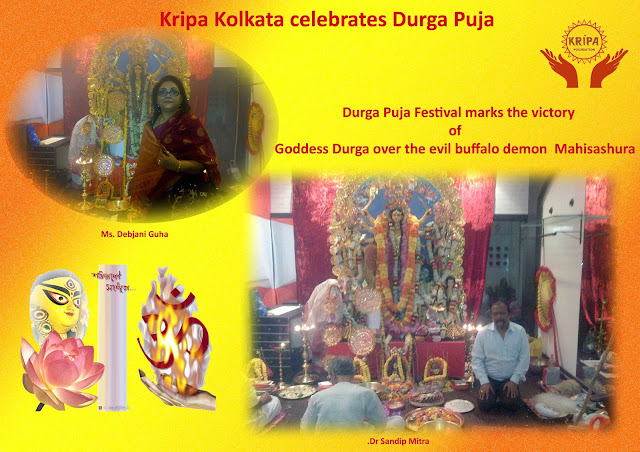 Durga Puja festival marks the victory of Goddess Durga over the evil buffalo demon Mahishasura.
Durga Puja is widely celebrated all over in the state of  West Bengal which has a majority of Bengali Hindus, it is the biggest festival of the year, and spread over a five day annual festival.Not only is it the biggest Hindu festival celebrated throughout the state, it is also the most significant socio-cultural event in Bengali society. Thus, Durga Puja festival epitomises the victory of Good over Evil.
Kripa Kolkata also celebrated the festival by pledging a drug free life and held a Durga Puja at the Counseling Center in Rasbehari Avenue which had the presence of a large gathering of Kripa Family Kolkatta headed by  Ms. Debjani Guha and Dr. Sandip Mitra.