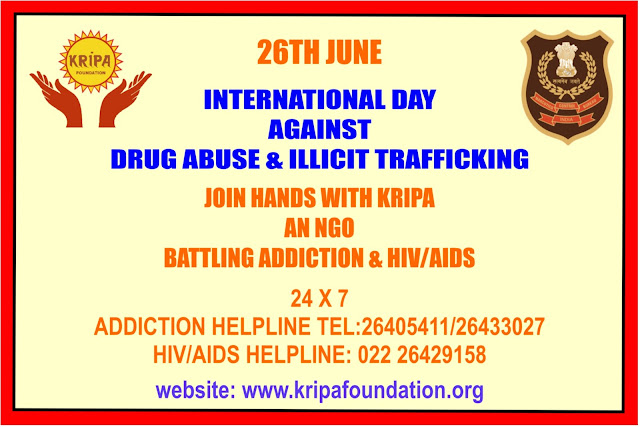 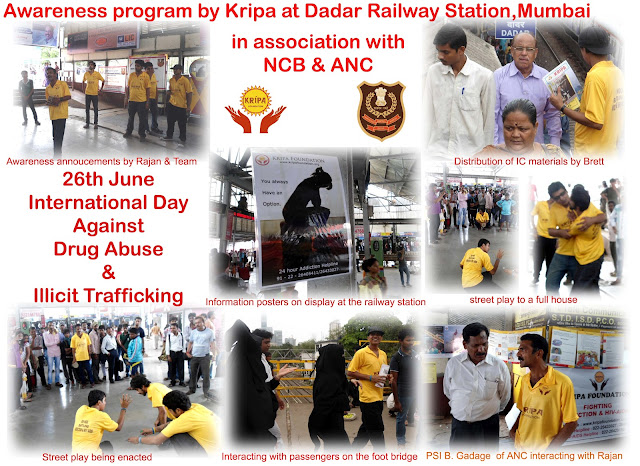 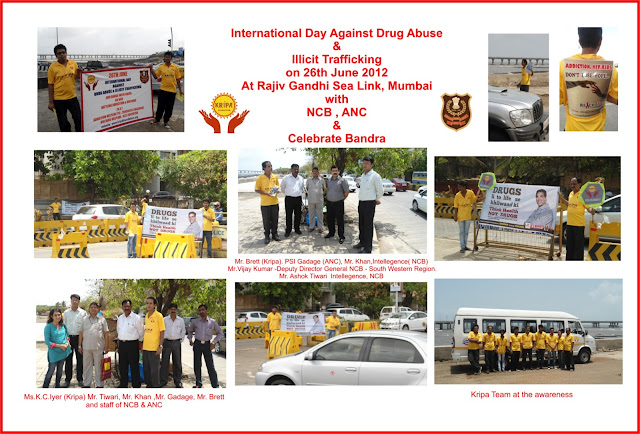 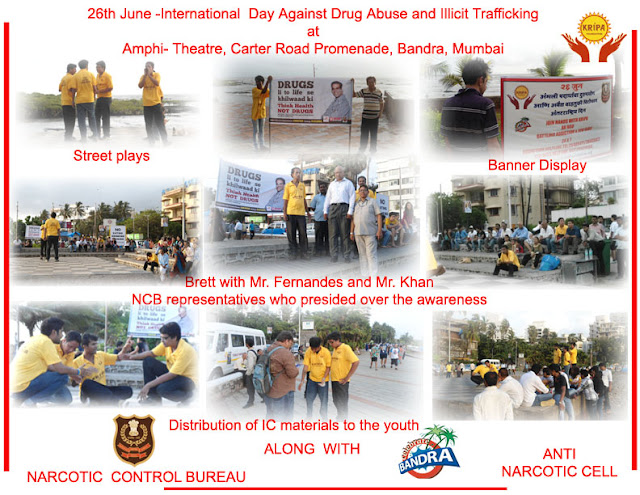 The highlight of the day long program was a visit by Mr. Vijay Kumar, Director General- Narcotic Control Bureau - South Western Region. accompanied by Mr. Khan and Mr. Tiwari of NCB, also present was PSI Gadage of ANC- Worli Unit. Mr. Vijay Kumar canvassed in the scourching sun on the sealink and even distributed handbills to the passing motorist. The team placed posters and banners on strategic points to attract maximum attention from the travellers.

The evening program on the carter promande was a grand success with the team enacting street plays, poster displays and distribution of handbills. the event was presided by Mr. Fernandes and Mr. Khan of NCB.
A special note of gratitude to Brett, Rajan and the team of Kripa Bandra for their efforts during this whole week of campaigning.

Posted by Kripa Foundation at 3:25 AM