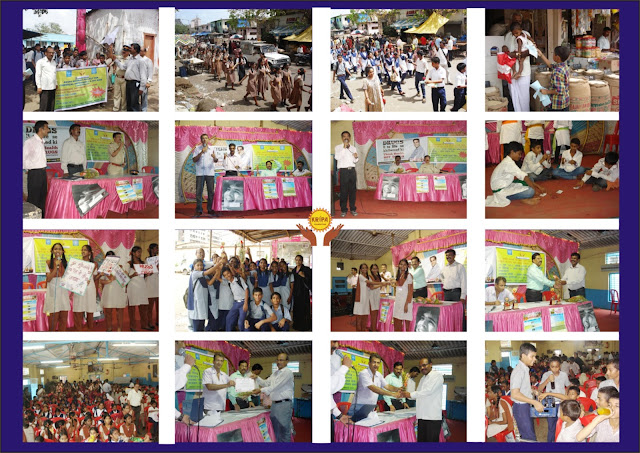 Kripa Dharavi commemorated International Day against Drug Abuse and Illicit Trafficking on 26thJune 2012. The programme started with a rally, flagged off by Senior Inspector, Mr. Nandkumar Mehetar, and well attended by around 300 students from five schools of the area, local leaders, members from other NGOs and staff and beneficiaries of the Centre. There were also a display and distribution of IEC materials. The Chief Guest of the function was A.C.P. Mr. Hemant Patil.
After the rally, the participants adjourned to Dr. Babasaheb Ambedkar Hall. The students of the schools put up Street plays and Slogans competitions and the winners were awarded trophies. Certificates of participation were also given out.
Speeches on the harmful effects of drugs and its effects on the family and society were also given to the participants. The programmes ended with snacks and refreshments served to all.
Submitted by
Mozen H
Posted by Kripa Foundation at 3:01 AM