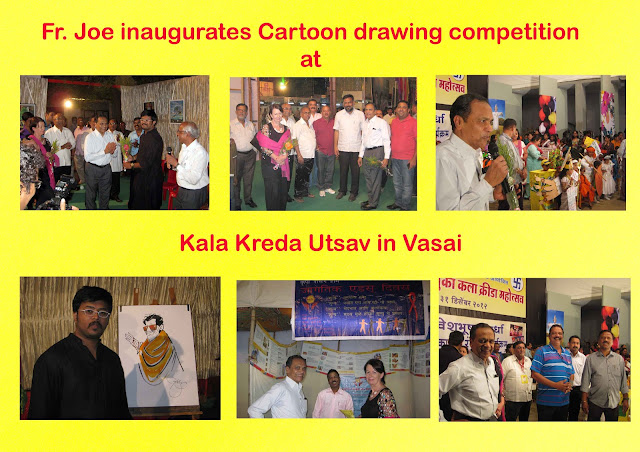 Vasai Kala-Krida Mahotsav is  sports and cultural meet of Vasai. People also term it as a mini olympics! The mohotsav has been a great success for the last 17 years, with participation comming from regional schools, colleges and grampanchayats. Groups and Individuals can also participate in any events of there choice. Convened by the Shri Hitendra Thakur, Shri Mukesh Sawe (Ex. President Virar Nagar Parishad) plays a major role in making this event a great success along with Young Stars Trust, Virar.

Vasai Kala-Krida Mohotsav is also about indiscrimination. The mohotsav is conducted without regards to religious, cast, creed and political affiliations. This platform has produced many a great sportsman like Anand Menezis who represented India in the Olympics of 2000. Other games like Karate and Kho-Kho have created state level players.

Every year this event is conducted at the year end precisely from the 26th of Dec. to the new years night at the Chimajiappa Playground and the New English School, Vasai.

This year a new event was added to the competion namely cartoon drawing. Fr. Joe Pereira Managing Trustee of Kripa Foundation was the Chief Guest to inaugurate this landmark event. Also present for the programme was Yvonne lawlor.Friend of Kripa from Ireland and Bosco D'Souza National Program Director of Kripa.

Before the inuguration Fr. Joe was felicitated on stage by the office bearers of the Mahotsav committe for his humanitarian service towards helping society cleanse itself from addiction and HIV/AIDS.

Submitted by
Newsdesk
Posted by Kripa Foundation at 8:01 AM